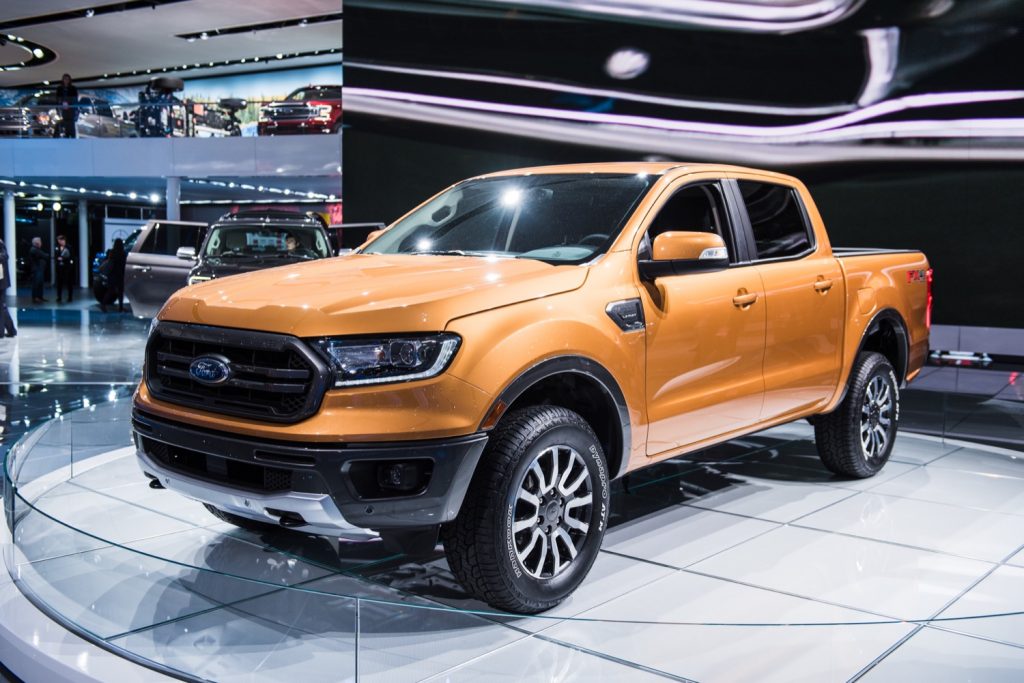 Last week, our sister publication, GM Authority, interviewed the National Marketing Manager of GMC Canada, Mark Alger, who spoke about GM’s competition in the midsize pickup truck segment, including the Ford Ranger. All told, Ford’s cross-town rival, GM, doesn’t see the Ranger as all that threatening.

“We know our two midsize trucks are showing age, but then again, is the Ford Ranger really all that new?” Alger asked during the interview. “From our point of view, it’s not newer than our trucks.” Alger also touched on a few of the other rivals in the segment, including the Jeep Gladiator and Honda Ridgeline.

“Gladiator is a cool one, there’s no doubt, but it’s also significantly more expensive than ours and fills a different niche. The same applies for [Honda] Ridgeline. We’re in a good spot with Canyon/Colorado,” Alger said. “We’re not too worried of our current competition,” he added.

However, is GM correct in its nonchalant attitude, especially towards the Ford Ranger? In some ways, yes. On the surface, Colorado and Canyon sales are going strong, with a combined 180,000 units sold in the U.S. and Canada in 2018. Only the Toyota Tacoma posted higher figures. The 2019 numbers are also impressive for GM: Ford sold 9,421 units of the Ranger in the U.S. in Q1 of 2019, while the GMC Canyon and Chevrolet Colorado sold a combined 40,448 units during the same time period. However, that was during a time that Ranger stock/availability was limited at the retail level, as the midsize truck was only beginning to arrive at dealerships.

Indeed, the Colorado/Canyon are rather well-positioned, with a competitive price tag starting at $22,200 for the GMC Canyon and $21,300 for the Chevrolet Colorado. Factor in high towing figures (up to 7,700 pounds with the diesel engine option), plus three engine options and a wide variety of variants to choose from, including off-roaders like the Colorado ZR2, and there’s a lot to like about the GM duo. Meanwhile, the Ford Ranger is a little pricier, starting at just over $24,000, with max towing rated slightly lower at 7,500 pounds. Ford’s midsizer is powered by the turbocharged 2.3L line four-cylinder EcoBoost mated to the new Ford 10-speed automatic, the only 10-speed automatic in the segment. The Ranger is expected to offer a diesel powerplant in the near future.

The Ford Ranger also comes with a litany of modern features, such as Driver Assist through the Ford Co-Pilot 360 suite, highlighted by Trail Control, Lane Keeping System, and Adaptive Cruise Control. Meanwhile, the GM products are much more limited in their tech offerings, with basic features like Forward Collision Alert, Lane Departure Warning, and Rear Park Assist on offer, but little else. Adaptive Cruise Control is not even an option on the GM duo. Not that safety technology is critical to success in the segment – as evidenced by the sales numbers – but it’s still a good indicator of a vehicle’s evolution and modernity. But there’s much more to the story here. First, the midsize pickup truck segment is likely to get even more crowded in the future, as VW readies its own midsize pickup truck, which will be co-developed with Ford. It’s important to note, however, that this midsize pick-up will not be available in the North American market. Both automakers make that very clear.

In addition, GMC Canyon sales are falling hard in the U.S., dropping almost 4 percent in Q1 of 2019, a mismatch compared to the 14 percent growth rate experienced by the segment during the same time period.

Perhaps GM will double down on the digital goodies when the Colorado and Canyon make the jump to the automaker’s all-new truck architecture, VSS-T, that’s set to arrive in a few years’ time. Until then, we’ll have to monitor how things shake out against the Ranger – and whether GM’s attitude is justified.