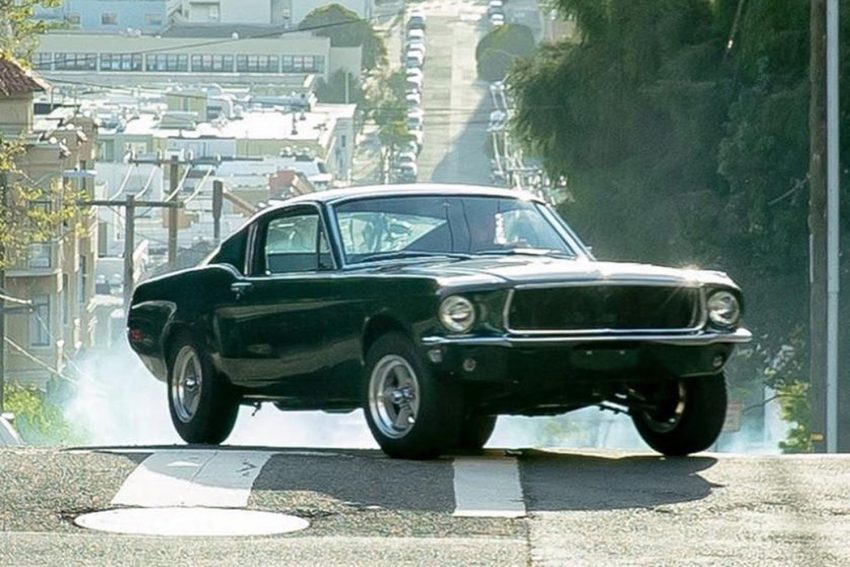 Of all the movies that Steve McQueen did in his time, he is known in car guy and gal circles for his iconic role in Bullitt. That movie is known for what is widely considered to be the best vehicle chase scene ever put on film. The Bullitt chase scene saw McQueen at the helm of a legendary 1968 Ford Mustang in dark highland green with all badges removed trying to catch the bad guys in a Dodge Charger.

Love or hate the movie in its entirety; the Bullitt chase scene will live forever. Recently, the gang from Gas Monkey Garage got together and recreated that iconic chase scene using a classic 1968 Ford Mustang and a new Dodge Charger. The film is complete with a cameo from Chad McQueen, Steve’s son. The original Bullitt chase scene had two 1968 Mustangs that were used. One of them was used for the actual go fast driving and jumping for the scene, and the other was a hero car used for closeups with McQueen. In the Gas Moneky Garage remake, one car was used for the entire filming. That meant it had to be able to survive jumping the hilly streets of San Francisco.

The Bullitt Mustang that Gas Monkey built used a 390 big block engine, but it was modified to develop 600 horsepower and mated with a factory 4-speed top loader transmission. The factory disc brakes were kept, and a larger radiator was added to keep the car cool. The Bullitt Mustang used for the video was also fitted with a custom MagnaFlow exhaust. The video was shot in three days in the same location as the 1968 film. The team recreated many scenes shot-for-shot down to one slow-moving VW Beetle that was seen in the original movie. One of the Mustangs used in the 1968 original has been restored.