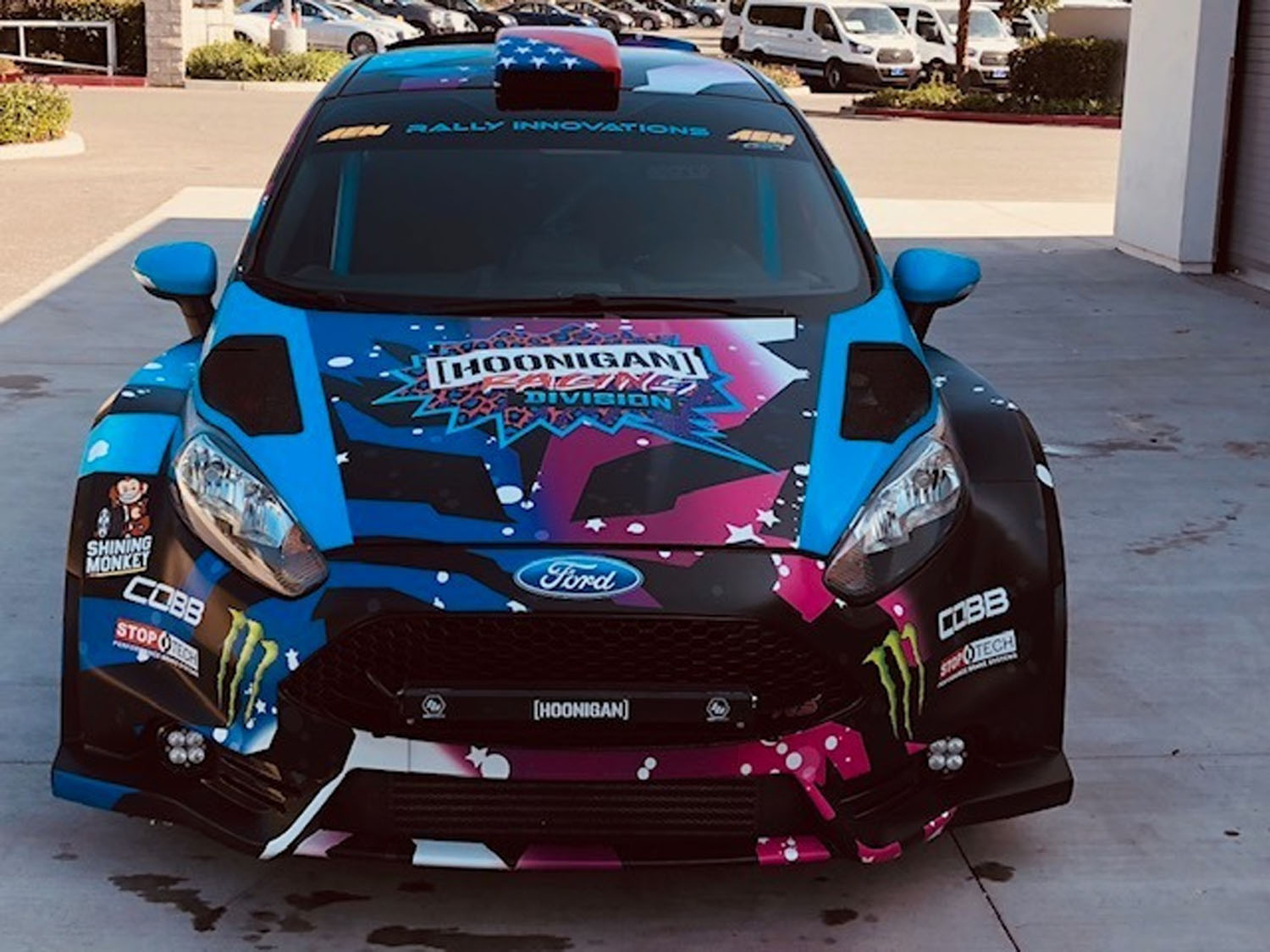 Few cars are cooler than the Ford Fiesta rally cars that are wheeled all around the world in various race series. The car in these photos might look like a real Rally car, but it’s not. This car was built for SEMA and is currently up for sale by a private owner.

It was originally a FWD Fiesta ST, and the body kit is from an R5 rally car. The car also features custom front and rear fenders as well as custom side skirts and rear wing. The door handles have been shaved. The custom Hoonigan Monster-style wrap the Fiesta ST wears is removable vinyl. Under that wrap is custom paint in tangerine orange and tuxedo black. The seller says that the paint underneath is protected with a ceramic coating. The side windows are Lexan with door slides on driver and passenger windows. The car has only two seats inside, and those it has are Sparco racing seats. The Suspension uses White-line custom coilovers, and the car has Stop Tech 6-piston brakes fitted with dual rear calipers for brakes and the hydraulic e-brake.

The Fiesta ST comes with the blue wheels seen in the images, and a full set of spare OZ wheels painted tuxedo black. Other features include custom hood vents and rally lights. The 1.6-Liter EcoBoost engine uses a Garrett Turbo GTX2 and a custom intercooler with 25,000 miles on the odometer. The 6-speed manual transmission has a short shifter with Spec 3 racing clutch. The car says it has s Cobb tune on it, but also says Hennessey Racing tuned it. Dyno numbers are a claimed 327 horsepower and 335 foot-pounds of torque. While the car is fitted for racing and the seller says it has a cutout in the exhaust for racing, the car is claimed to have never been raced. The seller claims to have $75,000 invested with an asking price of $52,000. Check out the Fiesta ST Performance Edition that we can’t have in America. 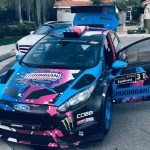 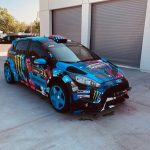 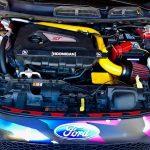 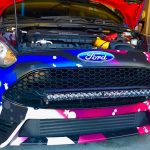 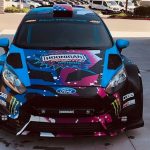 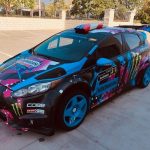 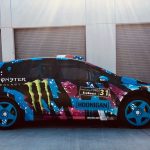 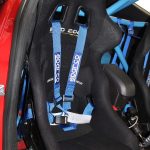 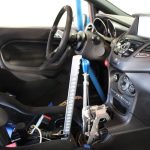