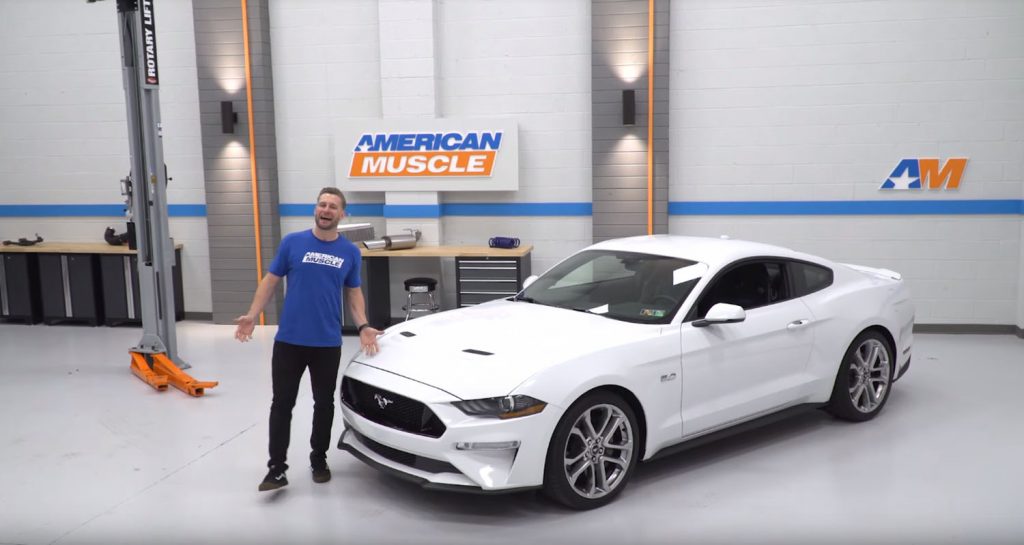 The gang over at American Muscle has taken a white 2019 Mustang GT, and the crew is walking us through some modifications for a drag racing focused Mustang build. The video here is the first in a series where the car is being built up from stock. For the first mods on the car, the 2019 Mustang GT gets BMR drag lowering springs and some big and little Forgestar wheels with drag radials front and back. Other than the lowering springs and new wheels and tires, the car also gets a slew of visual mods for this first round. A new front upper and lower grille was added, the parts are the Cervini’s C-Series upper and lower grille. While the front was getting worked on, the car also received an RTR chin spoiler. The overall look is clean and attractive.

The last of the visual upgrade parts added to the car is an RTR rear spoiler in matte black. It looks very good with the white body of the 2019 Mustang GT. A new exhaust is added with an AWE Touring Edition Cat-Back exhaust with diamond black tips. The goal with the car once all the mods are complete is to hit sub-10 second ETs at the drag strip with forced induction. American Muscle Coyote swapped a 1983 Ford Mustang for a Make-A-Wish recipient not long ago.