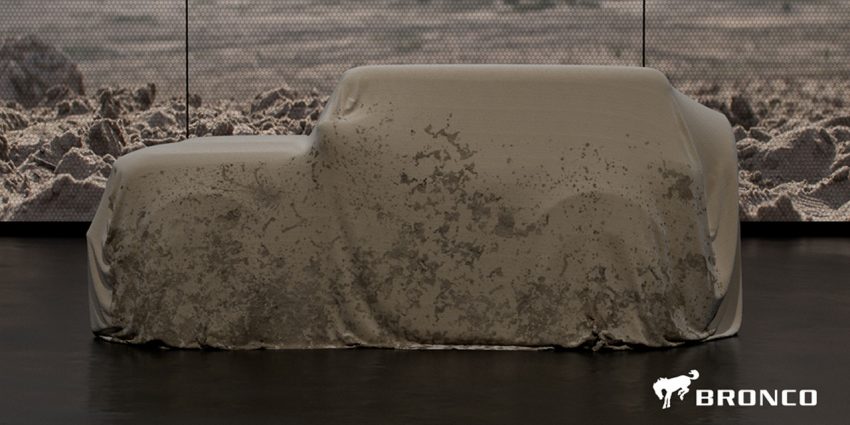 Ford has filed a trademark for ‘Bronco Sport’ with the United States Patent and Trademark Office, Ford Authority can exclusively report.

The trademark was filed under a classification reserved for “land motor vehicles, namely, passenger automobiles, pick-up trucks, sport utility vehicles,” and the like.

It’s unclear where the Bronco Sport name may be used, but it could be reserved for a 2021 Ford Bronco trim level or model variant. We’re only speculating, but if a two-door Bronco is in the cards, Ford may use the Bronco Sport name on it. Another possibility is a bare bones, entry level model that will be marketed at off-roaders who plan on installing their own aftermarket upgrades, like the Jeep Wrangler Sport. Again, we’re only guessing here.

Bronco Sport may also be the name of the so-called Baby Bronco that Ford released a teaser image of last year. However, Ford Authority previously dug up the Scout and Bronco Scout names from USPTO records, which also seem like possible names for the small crossover. Ford could be going back and forth over the Bronco Sport and Bronco Scout names for the vehicle, with only one destined to see the light of day. As we reported previously, the Bronco will share the Ford T6 platform with the Ford Ranger mid-size pickup and will be built alongside the truck at the automaker’s Wayne Assembly plant in Michigan. The automaker has managed to keep most of the details about the new SUV under wraps, but we should learn more when it makes its debut early next year. The 2021 Ford Bronco was originally going to debut as a 2020 model year vehicle, however the project was delayed after the fascia design received some criticism in focus groups.