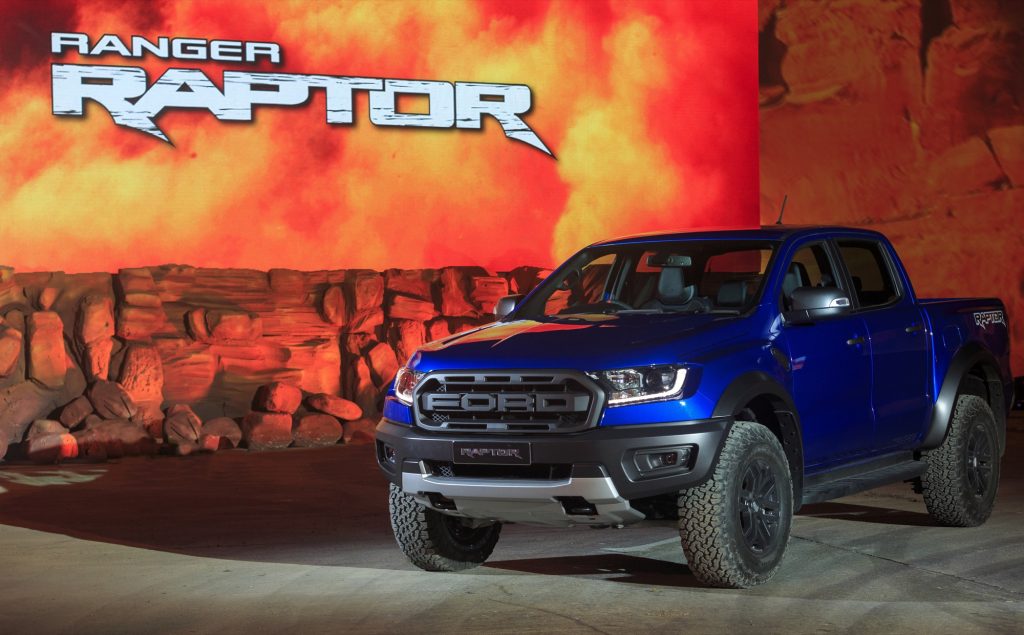 The real 2019 Ford Ranger Raptor is a Europe only ride, at least for now. There has been a rumor that the Ranger Raptor will come to the U.S. with the next generation of the truck. The real Ford Ranger Raptor truck has a 2.0-liter EcoBlue twin-turbo diesel engine making 201 horsepower and 369 pound-foot of torque. The engine is paired up with a 10-speed automatic transmission.

The truck also has a unique suspension for off-road fun, an extra thick front bash plate, six Terrain Management modes for different terrains, and special 33-inch x 11-inch BFG 285/75 R17 tires. Ford Europe also bragged a bit about the “super-strong” reinforced chassis frame that was made to withstand high-impact off-road events. In Europe, the Ranger Raptor sells for the equivalent of about $64,000.