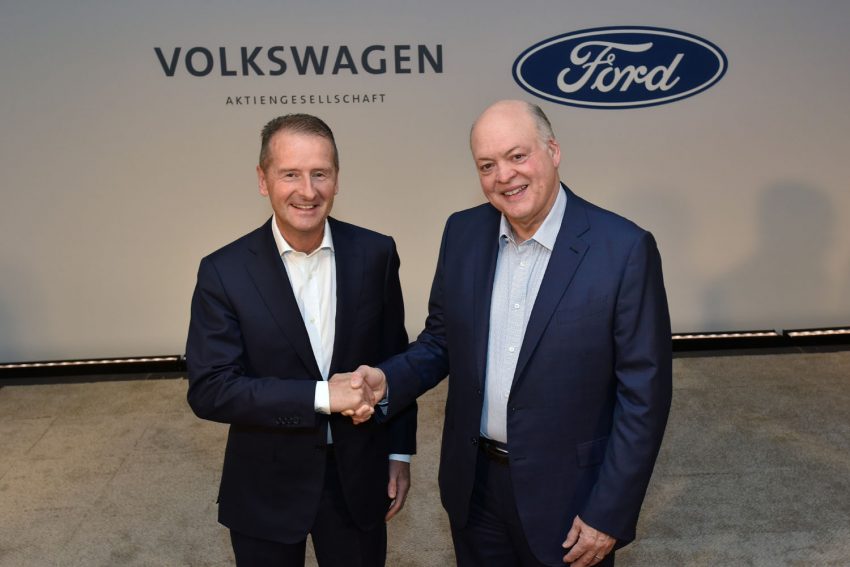 After months of back and forth and lots of rumors, Ford and VW have announced that the two automakers are expanding their global alliance. VW has invested significantly into Argo AI, Ford’s autonomous vehicle subsidiary. The investment by VW values Argo AI at more than $7 billion. Ford and VW each own an equal stake in Argo AI and combined they hold the “substantial majority” of Argo AI. The remaining shares in Argo AI are being used as an incentive pool for employees.

The partnership in Argo AI will allow both Ford and VW to independently integrate Argo AI’s self-driving system into their automobiles, allowing the Argo AI platform to achieve a significant global scale. Argo AI will continue to focus on delivering a level 4-capable self-driving system that can be applied to ride sharing and goods delivery in dense urban areas. Ford, for its part of the deal, is getting access to the VW MEB electric-vehicle platform to design and build at least one high-volume fully electric vehicle in Europe for European customers. Ford plans to deliver the vehicle starting in 2023 and is the first company outside of VW to use the platform. Ford expects that it will deliver more than 600,000 European vehicles using the MEB architecture over the next six years with a second all-new model under discussion.

Ford and VW noted that they are on track to develop commercial vans and medium pickups for each brand in select global markets starting in 2022. They will share development costs to generate “significant synergies.” The Ford-VW tie-up involves no cross-ownership between the companies, and the two expect to see annual efficiencies created thanks to sharing costs on EV and autonomous auto programs.