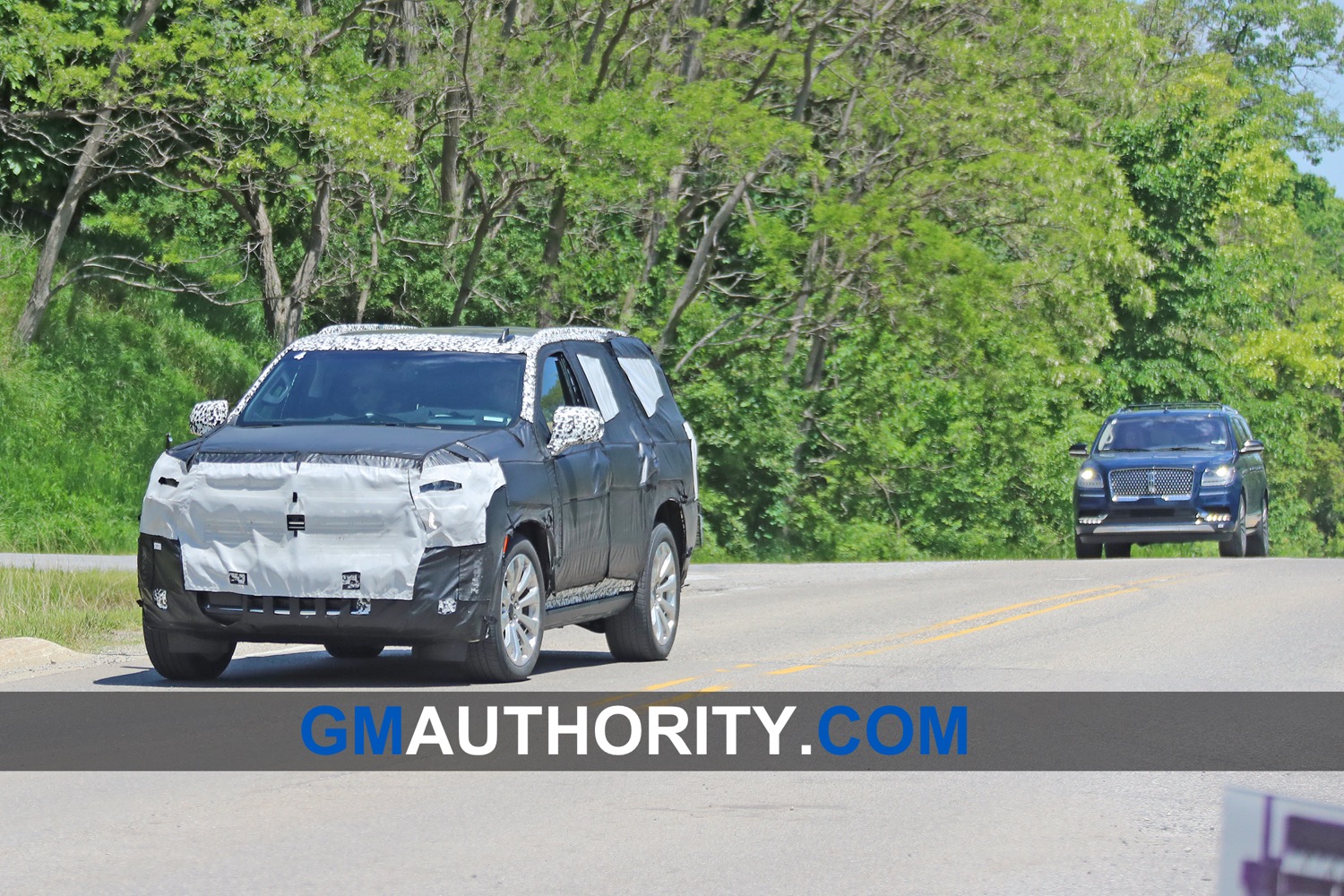 FoMoCo’s crosstown rival, General Motors, is currently benchmarking the Lincoln Navigator, as revealed by our sister publication, GM Authority. The revelation arrives thanks to a series of spy shots that show GM’s up-and-coming next-generation 2021 Chevrolet Tahoe in camouflaged prototype form as it cruises around the GM Proving Grounds in Michigan. Just behind the Tahoe prototype is a GM-purchased Lincoln Navigator for benchmarking purposes.

Although the Lincoln Navigator appears to be following the Tahoe, the Lincoln product is there to provide a benchmark for the next-generation Cadillac Escalade. As well it should, considering just how successful the all-new, fourth-generation Lincoln Navigator has become. The latest Navigator arrived for the 2018 model year, bringing a ground-up overhaul that supercharged consumer demand. Navigator sales reached an impressive 17,839 units in the U.S. in 2018, a massive 70 percent increase compared to 2017, or more specifically, 7,316 units more than the 10,523 units delivered in 2017.

Indeed, the Lincoln Navigator’s growing demand and commercial success reflect a number of glowing reviews, including top marks from Edmunds, U.S. News, and others.

That said, Lincoln Navigator sales fell 3 percent during the first half of 2019, with 8,856 units sold.

However, during the same time period, Cadillac Escalade sales fell 8.5 percent to 16,251 units. That means Escalade sales are falling at a faster rate than those of the Lincoln Navigator. Much of this can be attributed to the fact that GM’s production facility in Arlington, Texas responsible for Escalade production was offline for weeks while the automaker retooled for the upcoming fifth-generation Escalade, which is due to arrive later in 2019 for the 2021 model year.

We’ll have to wait and see if the Lincoln Navigator can capitalize on the momentum it has built thus far. Rest assured GM will be watching as well.