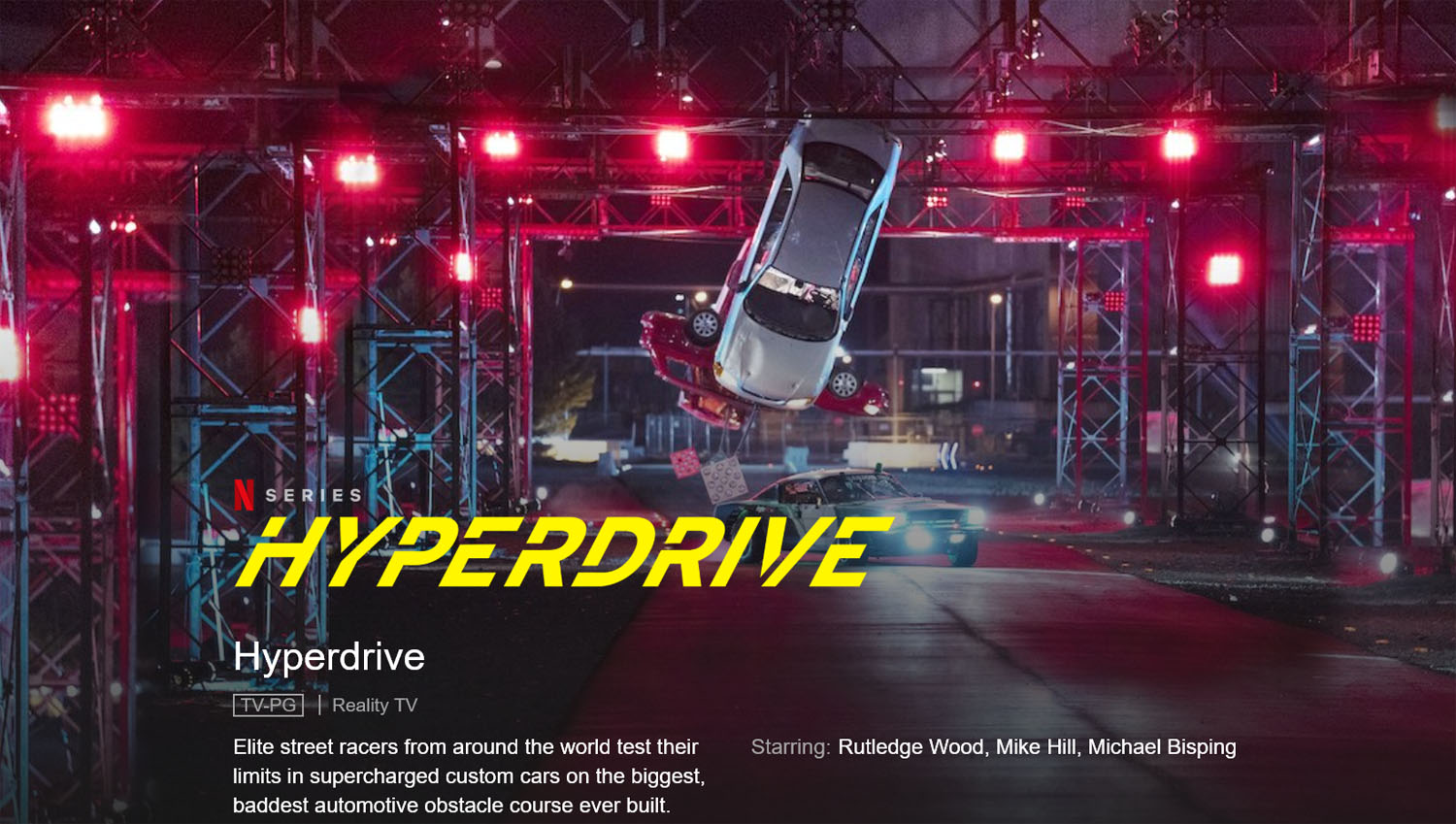 Anyone with a Netflix account knows that the streaming giant has some fantastic original shows. It has several reality shows as well, and while many of them are snoozers, there are some hidden gems to watch. Netflix has a new series that will debut on August 21 called Hyperdrive.

Hyperdrive has an official description that says it will pit “elite street racers” from around the world against each other in “supercharged custom cars” where the drivers will take on an obstacle course presumably for the fastest time. There is still al lot of mystery about the show, and its official page on Netflix doesn’t offer up much in the way of details. What we do know is that the executive producer on the show is Charlize Theron. We know the entire first season will land on August 21, which is only weeks away. The hosts of Hyperdrive have been announced and include Rutledge Wood, Mike Hill, Lindsay Czarniak, and Michael Bisping. We assume that is the same Bisping of UFC fame. Bisping has turned up in at least one movie on Netflix, and he was surprisingly good.

A very cool behind the scenes video has turned up from a company called Optimation Technolgoy Inc, who says that it was hired to fabricate and assemble the obstacle course. The video gives us a good look at several of the obstacles that the drivers will be tackling.

Hyperdrive looks as if it might be interesting. There is a lack of good car shows on TV today; it’s nice to see Netflix get in on more car guy and gal shows. We hope the show is as exciting as the behind the scenes video. Will you be watching Netflix’s Hyperdrive? Netflix made a documentary about the Mustang worth a watch for those who haven’t seen it.