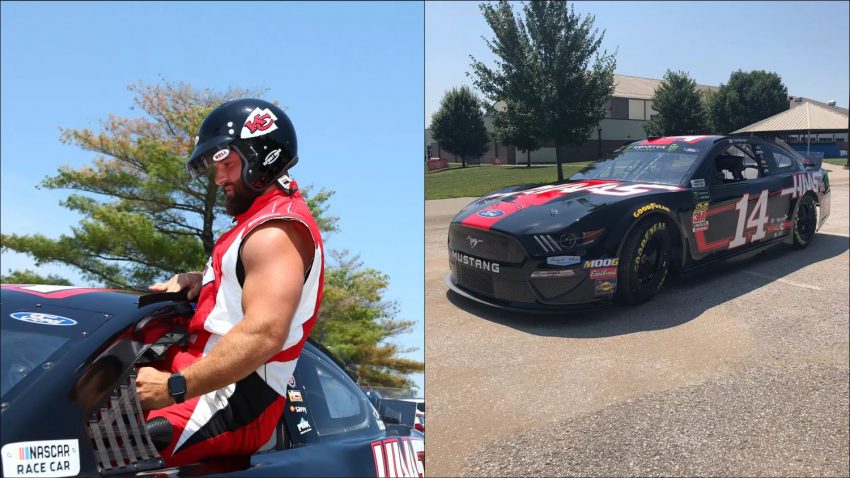 Sherman called on Bowyer, who is a Kansas native and Chiefs fan for help in pulling the stunt off. A tweet shows Sherman climbing into the NASCAR Mustang for his trip to the practice field. It looks as if the massive fullback might not make it into the car for a second as he is nearly as wide as the window is.

There is no video offered of Sherman getting out of the NASCAR Mustang at the field; hopefully, all went well. Sherman has in the past showed up to practice clad in a wrestling unitard, and on another occasion, he turned up wearing a leather biker jacket. Reporters on hand for the practice session asked Sherman why he chose a NASCAR racer to pull up in. He said, “We’ve got a lot of young speedsters on this offense…the only way I’m going to keep up is with NASCAR.”

The NASCAR Mustang has a 358 cubic-inch Roush-Yated V8 making about 725 horsepower. Sherman certainly stood out amongst the Mercedes, Bugatti, and Rolls-Royces his NFL brethren drive to practice each year. Check out how Ford Performance made the new NASCAR Mustang.