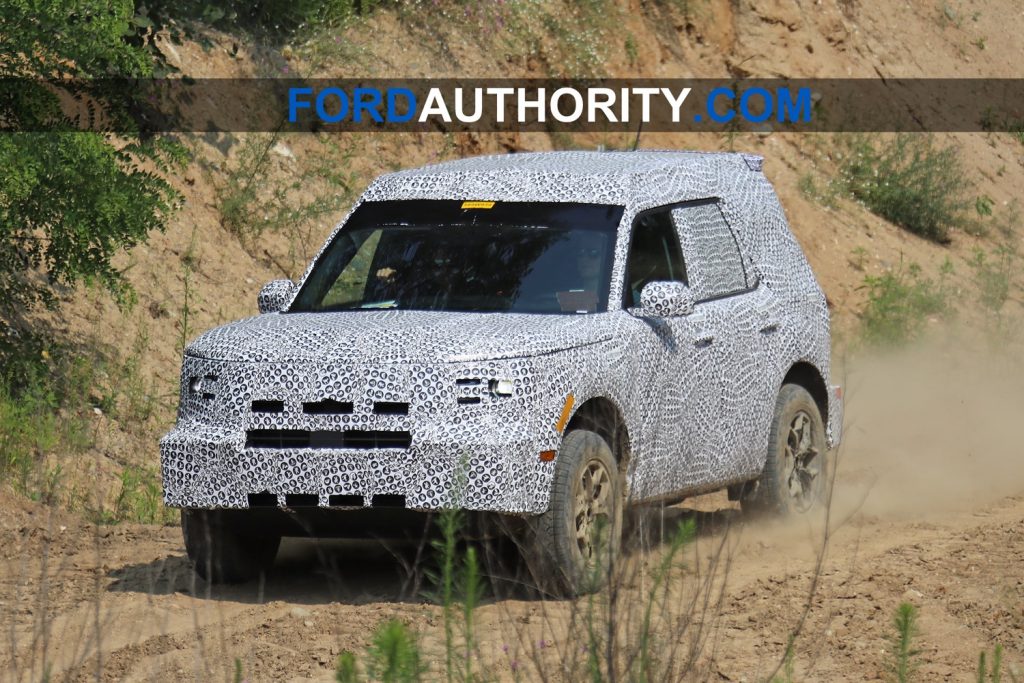 Just last year, we got a glimpse of the new baby Ford Bronco thanks to a leaked image taken at a Ford dealer meeting in Las Vegas, which Ford’s legal team promptly forced us to take down. More recently, new spy shots revealed an early prototype of the upcoming off-road-friendly crossover testing on a literal dusty trail. And now, we have some new, specific information with regard to this model’s official name.

According to sources familiar with future Ford product plans, who spoke to Ford Authority on the basis of anonymity, the upcoming baby Ford Bronco will be called Bronco Adventurer. The new naming convention will help identify the smaller Bronco model within the revived Bronco lineup, which will also include the “regular” Ford Bronco model, which will be larger and ride on a body-on-frame platform when compared to the smaller, unibody Bronco Adventurer.

Going off the recent spy shots, the Bronco Adventurer will boast relatively small dimensions, with a rugged exterior design defined by tall, square, boxy shapes front to back. The overhangs will be short to afford the crossover more aggressive approach and departure angles. Under the skin, the upcoming Ford Bronco Adventurer will utilize the Ford C2 platform, the same underpinnings as the 2020 Ford Escape Lincoln Corsair, and new Ford Focus. Powerplant options will include a number of turbocharged four-cylinders. A three-cylinder, hybrid, and plug-in hybrid are all possible as well. Front-wheel-drive will most likely be standard across the line, while the all-important all-wheel-drive system will be an available option. A debut for the 2021 model year, in late 2020, is expected.

We’re certainly excited to see details about the new baby Ford Bronco, or Bronco Adventurer, start to solidify. The return of the Bronco nameplate for an all-new sixth generation is undoubtedly one of the most hotly-anticipated Ford debuts in recent history, so rest assured we’ll follow this story as it develops.