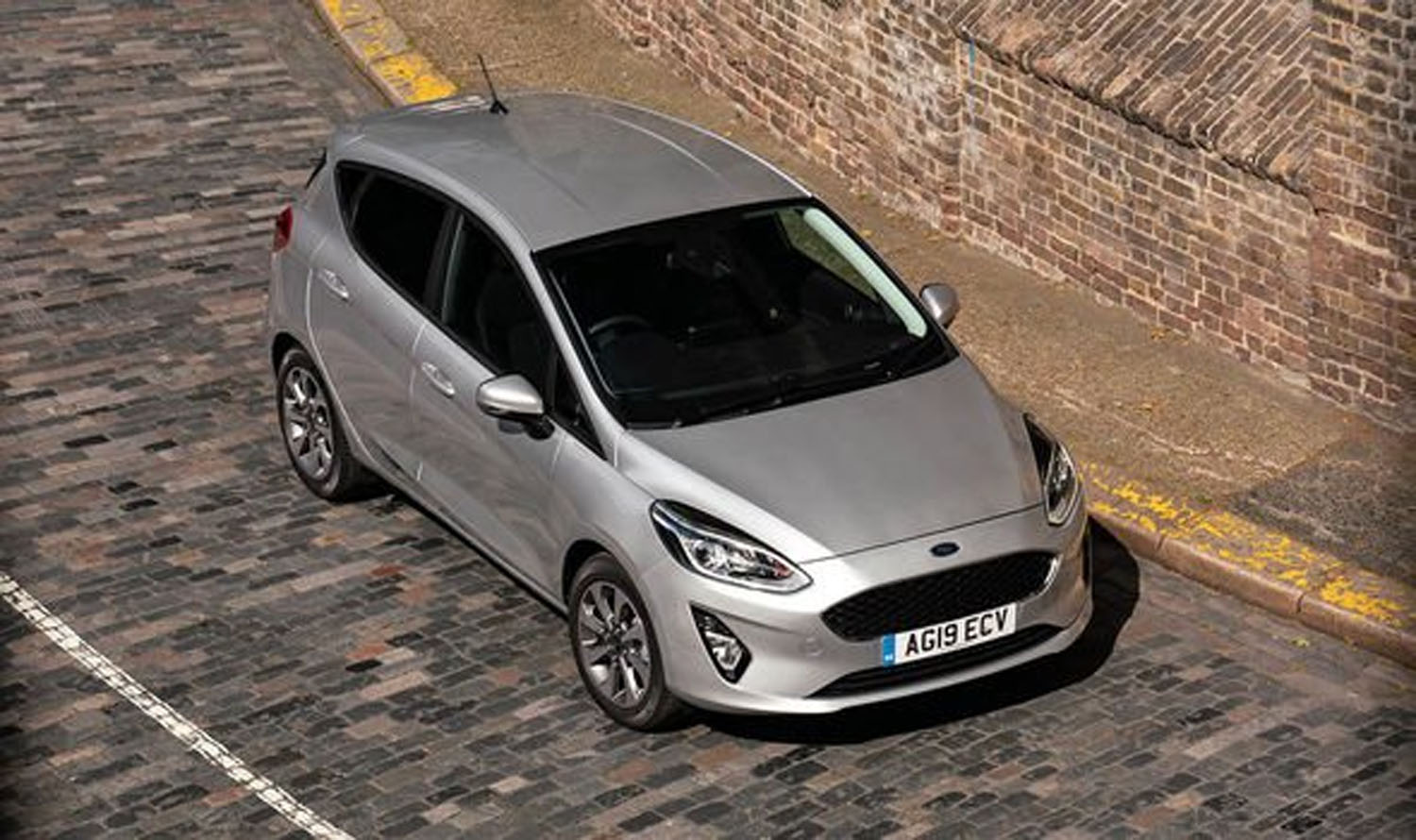 Safet equipment is critical in Europe for tests like the Euro NCAP if automakers want top ratings, leading to an increase in safety equipment on entry-level models such as lane-keeping assist and automatic headlamps. The Ford Fiesta Trend will be offered in three and five-door body styles and will have 16-inch alloy wheels as standard. Ford equips the Fiesta Trend with a multifunction steering wheel, air conditioning, electric windows, and a DAB radio. The Fiesta Trend also gets the latest 8-inch SYNC infotainment system that supports Apple CarPlay and Android Auto. To help parents keep teens safe, the car also has MyKey that allows owners to link a profile to the second car key that can limit the maximum audio volume, top speed, and other features of the car. Ford Fiesta Trend buyers will get a 1.1-liter 3-cylinder gas engine that makes 84 horsepower and 108 Nm of torque paired up with a 5-speed manual transmission. Ford says that the Trend is good for 64.2 mpg fuel economy and produces 101g/km CO2 emissions. Ford is expecting big sales of the Trend with reports predicting it will account for one in every four Fiesta’s sold in the UK. Ford is facing a possible NHTSA investigation into allegedly faulty transmissions in the Fiesta and Focus in the States.

Autocrossing A Base 2014 Ford Fiesta: Video