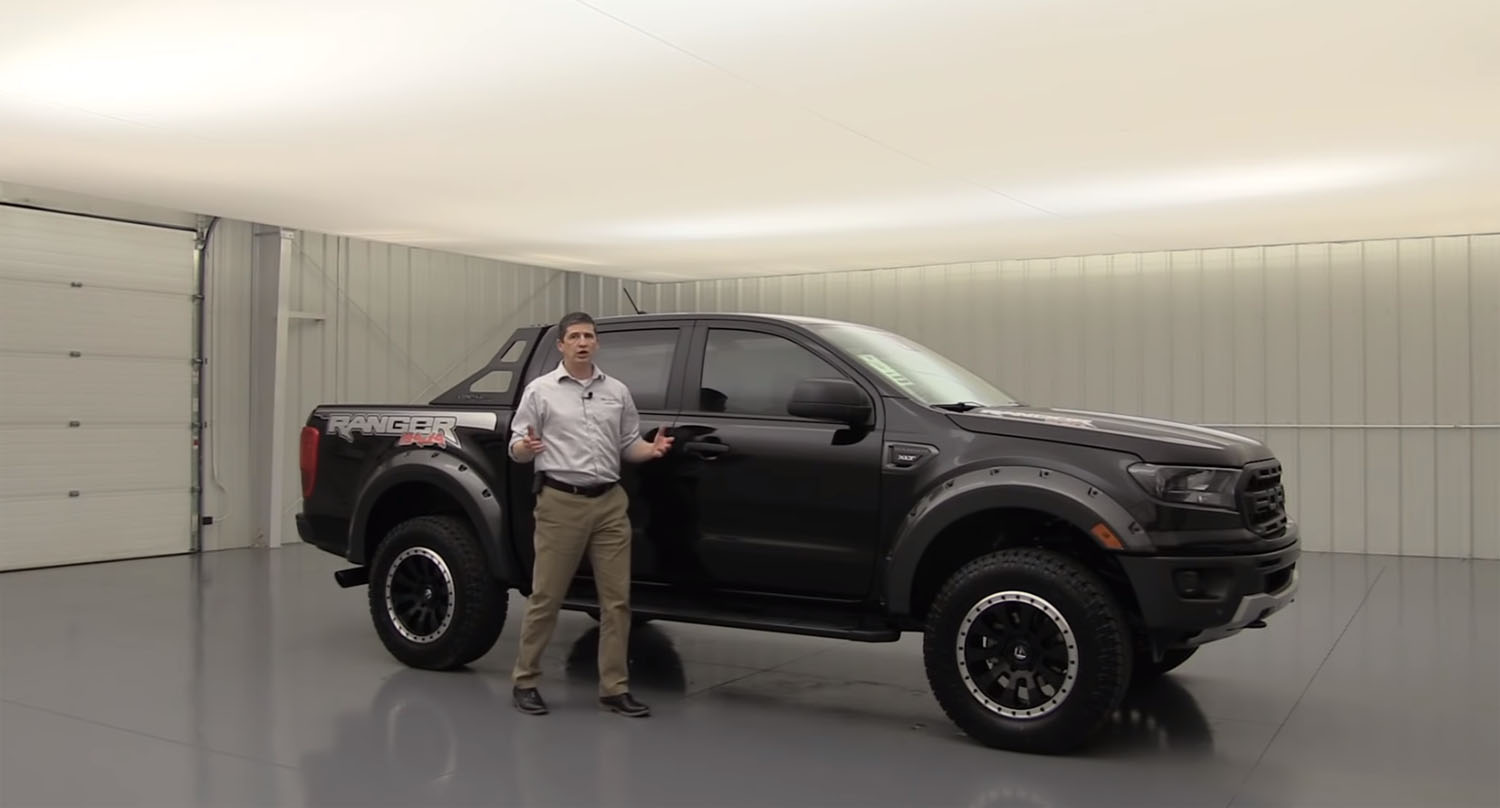 A Ford dealership in Kansas called Long McArthur Ford has unveiled a special truck that it builds for off-road fans of the Raptor that might not want the full-size pickup. The vehicle is called the Ranger Baja, and it’s a complete package that transforms the Ranger into a ride that looks a lot like an F-150 Raptor or the Ranger Raptor from Europe.

The package has several components that the dealership says are meant to give that Raptor look and make the Ranger Baja perform off-road. Package components include a Pro-Comp 2 inch front suspension lift and a Fox 2.0 rear shock upgrade. The truck rolls on Fuel Tactic 18 inch off-road wheels that are shod with Toyo 33 inch all-terrain tires for grip in all circumstances. The front grille of the truck is replaced with one that has “FORD” lettering and looks like the grille found on the F-150 Raptor. To cover the wider wheels and tires, the Ranger Baja gets Bushwacker painted fender flares. The rack in the bed area of the truck is from Addictive Desert Design and the Ranger Baja has Ford OEM black running boards and OEM all-weather floor mats.

The bed of the truck is protected with a Rhino Pro spray-in bed liner, and the windows are tinted. To give the Ranger Baja a bit more bling, the truck gets “Ranger Baja” side graphics, hood graphics, and tailgate blackout graphics. A Ford Performance off-road kit is fitted, and the entire truck has a 3 year/36000 mile warranty. The upfit package adds about $10,000 to the price of the Ranger. The dealership has two on its website as of writing with a white Ranger Baja on sale for $41,995, and a blue one going for $42,590.