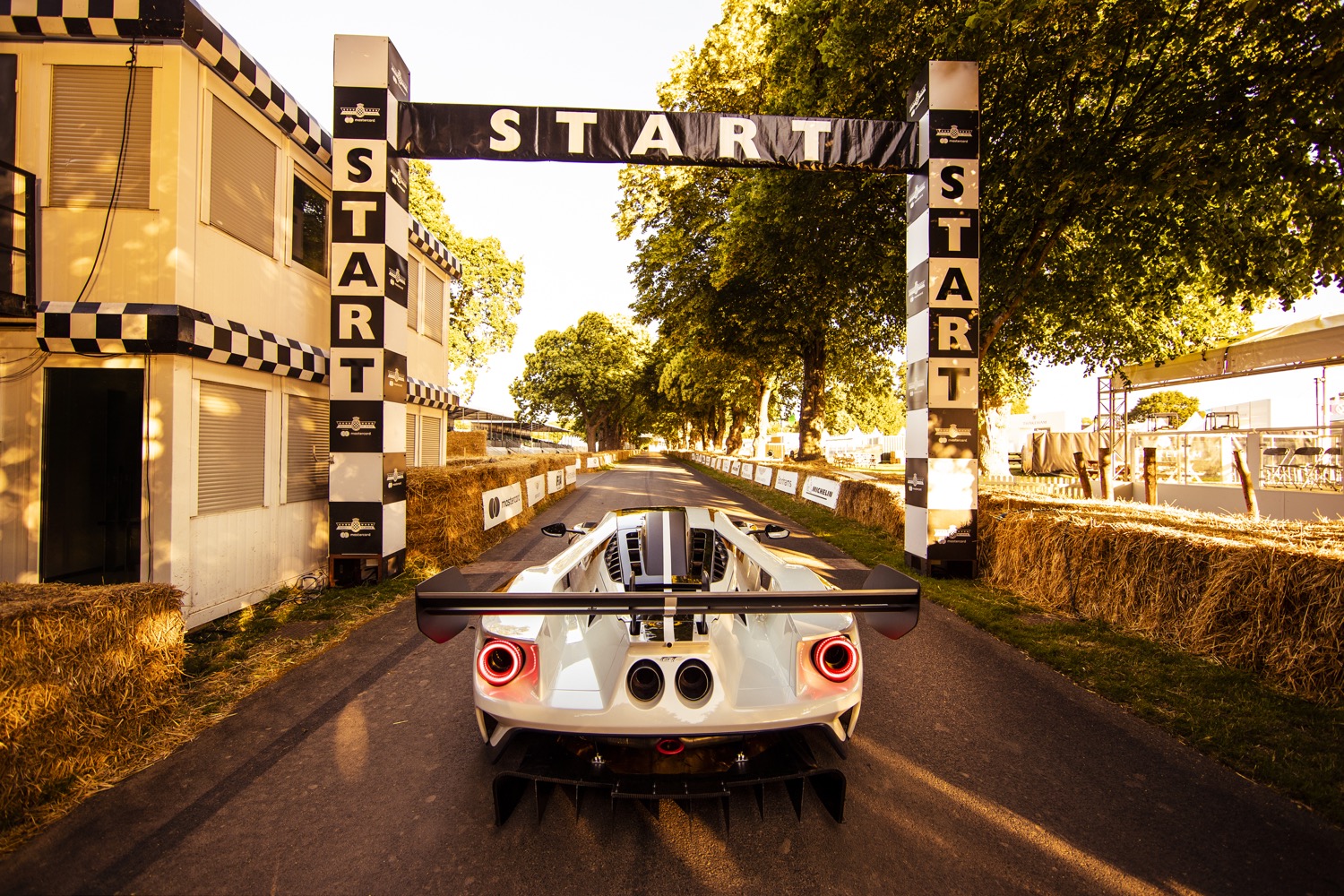 The Goodwood Festival of Speed in England is a bucket-list event for any automotive or motorsports enthusiast.

Not only is it one of the first places you will see all the latest supercars and sports cars in action, it’s the only place where you will see retired Formula 1 cars, new GT3 cars and pre-war top-speed record cars being driven at speed on the exact same day. This year’s edition of the Goodwood Festival of Speed features a handful of Ford cars in addition to the usual brigade of vintage race cars and exotics/supercars. The Detroit automaker will be represented by a number of cars and drivers and probably has one of the best Goodwood FoS lineups of anyone this year. Representing the Blue Oval at Goodwood this weekend will be world-famous rally driver Ken Block, who will be ripping up the hill in the Hoonitruck and also demo-ing his Escort Cosworth RS rally car. Racing driver Anthony Davidson will be piloting a Mustang GT up the hill all weekend long as well,while Vaugn Gittin Jr. will be drifting the Ford Mustang GT500 and Mustang RTR in ‘The Arena’ – which is Goodwood’s brand-new dedicated drift pad. If you are a circuit racing fan, you won’t want to miss German racing driver Stefan Mucke, who will be piloting the Zakspeed Ford Capri at Goodwood, along with the Ford GT GTE race car. A number of vintage open wheel race cars with the legendary Ford-Cosworth DFV engine will also be in action all weekend, including a Lotus 72E, Lotus 49 and a March 701.

Tune into the live stream above to watch these Ford vehicles race up the hill at the Goodwood Festival of Speed. You can also click here to see who is driving what at the event.