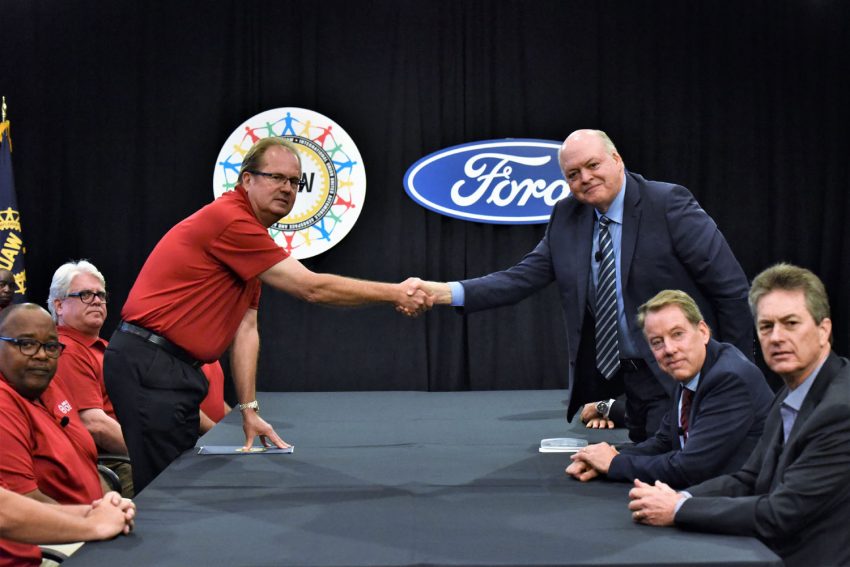 Ford and the UAW began negotiations on the 2019 contract yesterday, and the negotiations are expected to be tense. The tension was clear when UAW President Gary Jones delivered a strongly worded message to Ford to start the negotiations. Jones said in his remarks that despite “record profits” labor is still being asked to make “concessions” calling it a “race to the bottom” that harms U.S. workers.

UAW President Jones also aimed comments at automakers from the big three when he said that jobs had been outsourced to companies paying lower wages in the U.S., Mexico, China, and “all over the world” stating that “This must stop.” Jones also took issue with the Ford and VW tie-up for autonomous autos saying that the union will “look very hard” at any alliance with a non-labor-friendly company.

The opening comments made by the UAW President are more aggressive than in recent years when the UAW and Ford exchanged platitudes during the handshake ceremonies before digging into private talks. UAW President Jones declined to speak to reporters after the discussions, but a union spokesman did say that his remarks were “a very good reflection of the tone of the membership.”

The UAW representatives reportedly plan to push for more significant raises for union workers along with shorter grow-in periods to top wages. The union has said in the past that it wants to cut a year or more off the eight-year progression from a new hire to earing the top wages at Ford. The UAW is expected to choose a target company to start negotiations with first around labor day. It’s unclear now if that will be Ford or another of the big three.