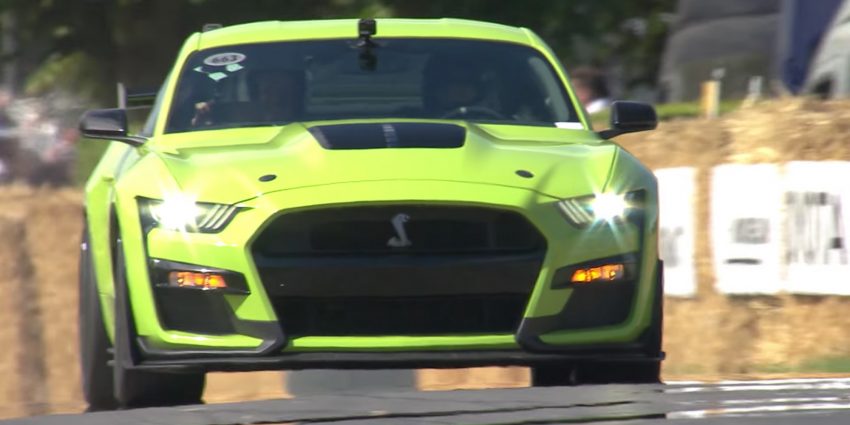 How’s this for a combination – pro rally driver and star of the Gymkhana video series, Ken Block, pro drifting world champion, Vaughn Gittin Jr., one of the most important automotive events of the year, the Goodwood Festival of Speed, and oh yeah – the new Mustang Shelby GT500, the most powerful street-legal series production Mustang ever produced. Sounds like a helluva time, no? Well, this 10-minute, 45-second video has ‘em all.

Coming to us courtesy of the Hoon Master himself, Mr. Block, the video is shot on location at the recent running of the Goodwood Festival of Speed. For those who may be unaware, Goodwood is an annual hill climb event that takes place in England every summer, playing host to all kinds of exotic and über-fast metal. Even among a selection of mid-engined ultra-mega-cars, the new Shelby GT500 feels right at home. As it should, considering the blown 5.2-liter V8 lurking under the hood doles out as much as 760 horsepower and 625 pound-feet of torque. Routed to the rear wheels via a dual-clutch automatic transmission, it’s enough giddy-up to propel the GT500 to 60 mph in about 3.5 seconds and down the quarter-mile under 11 seconds.

And, as Gittin proves, the new GT500 is much more than a drag racer. In his run up the Goodwood hill, the pro drifter puts all the onboard handling goodies to good use, including the MagneRide suspension, 16.5-inch six-pot Brembo brakes, and sticky Michelin Pilot Sport 4S tires. Indeed, mixing all this goodness together into a single video is a surefire recipe for success, so hit play and watch the magic unfold. 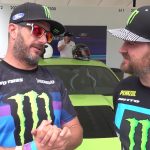 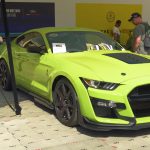 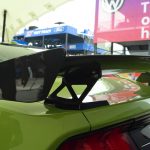 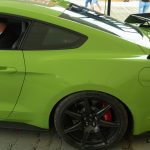 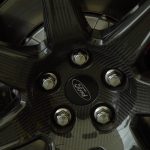 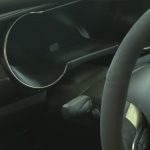 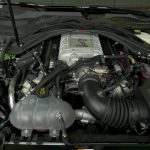 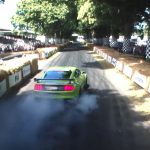 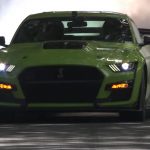 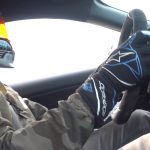 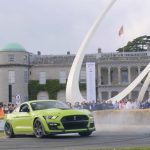 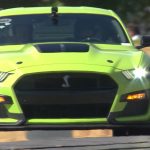 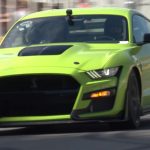 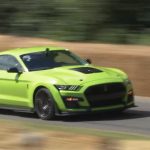 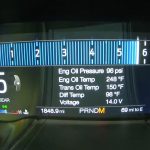