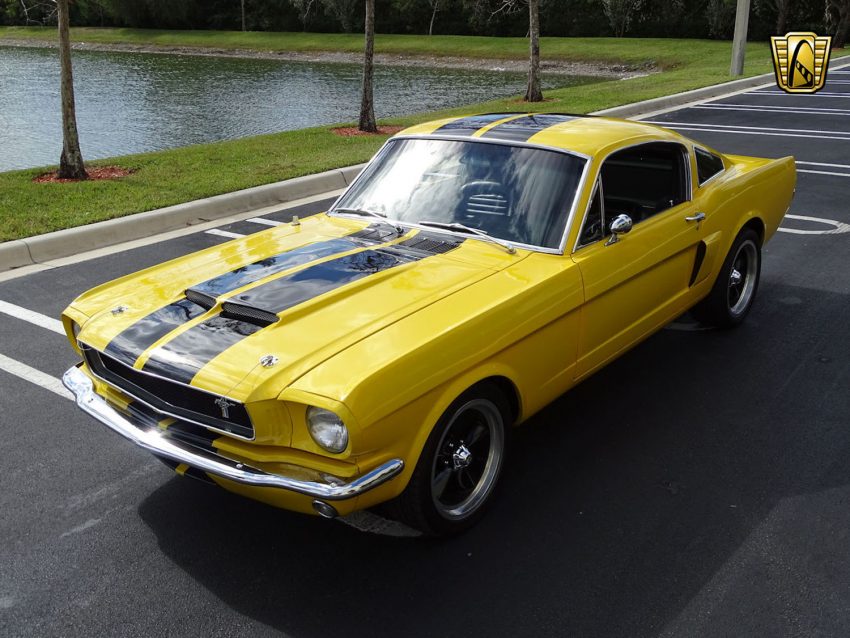 Some Mustang restorations take a car, like this 1965 Mustang, and put it back as close to stock as possible. Others take a hard-to-come-by 1965 Mustang fastback and go a different route turning the car into something the factory never intended. This 1965 Mustang for sale in Florida certainly took the second route, and it has serious power from a 427 cubic-inch V8.

The giant 427 cubic-inch V8 in the 1965 Mustang is a crate engine with only 2,000 miles on the odometer. The V8 is mated with a Tremec T-5 5-speed manual transmission. With all that power the car needs to stop, so Wilwood disc brakes all around handle the braking. Builders of the 1965 Mustang also fitted it with a billet reservoir, Champion radiator, 2.5-inch Flow Master exhaust with electronic cutouts and an MSD distributor. The outside of the car is a bright yellow with black racing stripes, and it rolls on Black 17-inch US Image Racing wheels.

Shelby side scoops and front valance along with LED lights in the rear give the Mustang a bit more style. The fiberglass hood has ram air-style intakes. Inside the car features TMI Sport Bucket Seats and everything inside the car looks brand new. For cruises on hot summer days, the car has a Vintage Air AC system, custom center console, and an upgraded sound system. The gauges are all new, and the car has power brakes and steering, and seat belts. For anyone who plans to drive the 1965 Mustang, seat belts are a big deal as the early Mustangs didn’t have much in the way of passenger restraints. With so much time, money, and effort put into the restoration of this car; the sales price might not be a surprise. The seller is asking $95,000; the car is available at Gateway Classic Cars in Florida. A 1965 Ford Mustang previously owned by Sylvester Stallone was for sale recently. 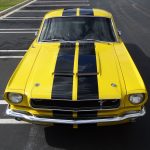 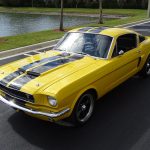 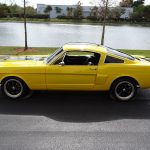 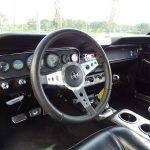 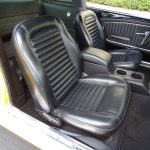 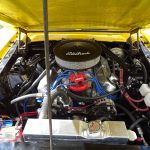 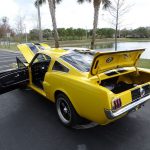