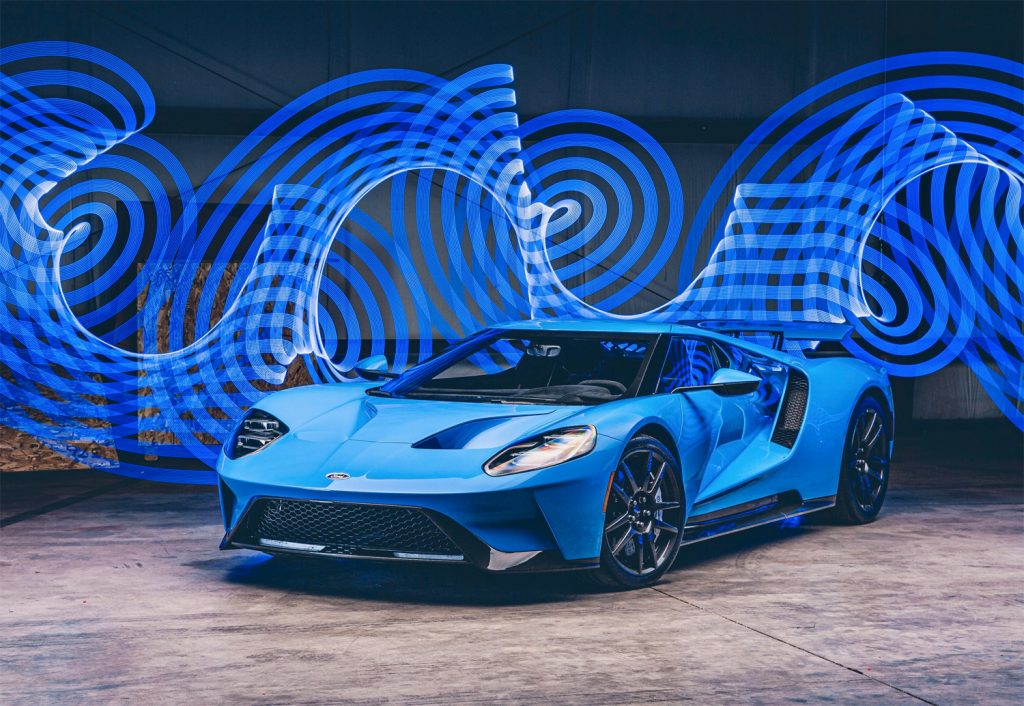 It’s looking like a number of the original buyers of the 2017 Ford GT only purchased the cars to flip and sell as soon as possible. It also appears that these people made a good investment as the cars are selling for much more than people paid for them. Another 2017 Ford GT is set to hit the auction block this fall at the Auburn Fall RM Sotheby’s auction held August 29th through September 1st. This car is a bit different than most of the other Ford GT cars out there.

This car was originally ordered through Pat Milliken Ford of Redwood Township, Michigan. It has a very desirable serial number H040 making it the 40th car built celebrating its GT40 heritage. The car was driven a bit with 2,900 miles on the clock. The blue hue the car wears was part of the Ford Extended Color Pallet 2 and was a $30,000 option. The color is Rivieria Blue, and this Ford GT is believed to be the only 2017 Ford GT painted in that color. It has no stripes and features the exterior carbon fiber gloss package. The 20-inch carbon fiber wheels are shod with Michelin Pilot Sport Cup 2 tires and the car features silver-painted brake calipers, which added $1,000. Other options on this car include titanium lug nuts that cost $1,000, and the big exterior option is the carbon fiber wheels at $20,000. This 2017 Ford GT is believed to be the only one that shipped from the factory lacking its NVH panel on the rear bulkhead, exposing the carbon-fiber tub. The lack of the NVH panel was a competition-grade tweak to the car, but Ford revised its manufacturing process and ended that option.

The only option inside the car is Ford installed six-point harness anchors, which added $500. The auction also includes the two keys, owner’s manual, GT battery tender, air compressor, front license plate bracket, and an optional serialized Ford GT black fitted indoor car cover. The sale also includes the Ford GT ordering kit and paint color samples for Riviera Blue, Mexico Blue, and Stealth Gray. The car is expected to fetch between $1 million and $1.5 million at auction. A number of early 2017 Ford GTs are being sold at auction, we saw a 2017 Ford GT Heritage edition hit auction not long ago.