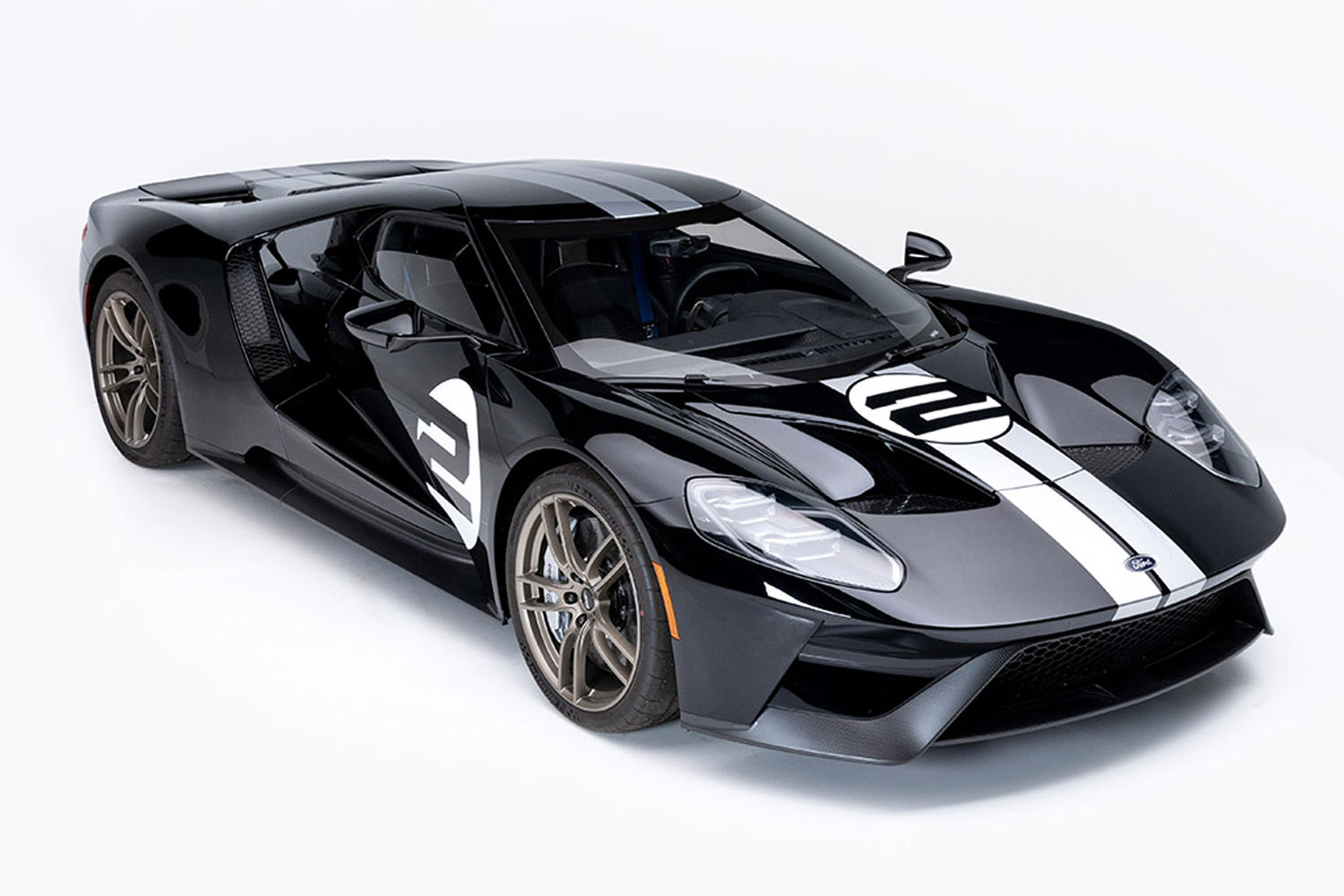 A few days ago we talked about how many of the early run of 2017 Ford GT cars are coming to the expiration for their two-year period where the cars couldn’t be sold. There had been an increasing number of 2017 Ford GTs turning up for sale online and at auction. Barrett-Jackson has one going up for auction in Las Vegas October 3rd through October 5th.

All Ford GTs are unique cars, but this particular example is an even rarer version, it’s a 2017 Ford GT Heritage Edition meant to celebrate one of the iconic cars that won Le Mans in 1966. The car has very low miles with only 20 miles on the odometer. The images showing the interior of the car look as if the original owner never took the warning labels off the dash.

It always makes us a bit sad to see such a cool car get purchased and just stuffed in a garage for investment rather than driven and enjoyed. When the car rolls across the auction block in October, it will do so with no reserve. Barrett-Jackson says that it was the first announced non-charity 2017 Ford GT to cross the auction block with No Reserve.

Lacking a reserve price means that someone will go home with the Ford GT. That doesn’t mean the car will go cheap, most 2017 Ford GT cars have been listed for around $2 million, and we are waiting to see what the first of them at auction actually sell for. This Heritage Edition car is coated in Shadow Black paint with frozen white graphics on the side and exposed carbon fiber touches. The seatbelts inside have blue webbing and the car rolls on 20-inch one-piece forged aluminum wheels. The carbon-fiber seats have black leather, and the dash has a plaque that calls the car out as a Heritage Edition.