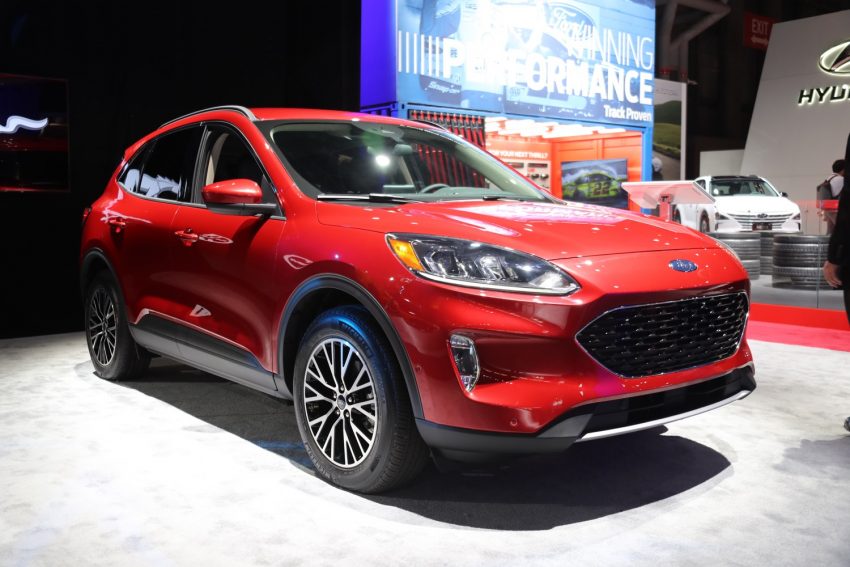 The new fourth-generation 2020 Ford Escape has arrived, and per tradition, it’s offering a new styling direction for the crossover. The brain behind the update is 30 year-old lead designer Andrew Bazinski, who took inspiration from the Porsche 911 and his BMW motorcycles when crafting the new look.

In a recent interview with Automobile, Bazinski said that he wanted to give the 2020 Ford Escape a flowing, sweeping style compared to the older model.

“If you look at the bodywork, and how everything kind of flows, it has a lot of sweep to it and all of the surfaces are kind of flush,” Bazinski told Automobile. “From the A-pillar back, we wanted to create a little bit of a Coke bottle shape inspired from the [Porsche] 911s, and it has that nice voluptuous shoulder that comes down.” This approach is echoed further by the inspiration Bazinski drew from his BMW motorcycles, a 1992 R100R and a 1980 R100, both of which helped to define the new 2020 Ford Escape aesthetic.

“When I bought these bikes, they’re all full of fairings, and they’re over-body, and what I’m working on now is, like, tearing one down to a naked bike, its bare essentials and really having a pure, clean, streamlined look, so that’s what influenced, kind of, the new Escape,” Bazinski said. “It’s having that pure shape and the streamlined look. That’s the connection here.”

Under the skin, the 2020 Ford Escape is based on the Ford C2 platform, the same front-wheel-drive architecture as the upcoming Baby Bronco. Bazinski had a few things to say about that as well, describing his design as taking two directions, with the Escape framed as the “more sporty, carlike version,” and the smaller Ford Bronco as the “separate, more rugged, off-road version” similar to Ford’s line of pickups. “On the one side you have the Focus – and you could even say the GT – way, way over here on the car side, and then you have the F-150 and F-250, which are just boxes,” Bazinski explained. “And then it’s a sliding scale. The Explorer is almost somewhere in the middle. Escape is leaning towards the carlike part of the family. Bronco will end up being more on the other side.”

While we have yet to see the Baby Bronco uncovered, we have managed to spot it out doing some real-world testing in full camo, and by the look of it, Bazinski isn’t kidding about the boxiness. Granted, the final design remains under wraps, but it’s still tantalizing to try and imagine a Bronco-worthy version of the new Escape’s design language against that black and white camo.

2016 Ford Focus RS Chases Down A Porsche On The Track: Video