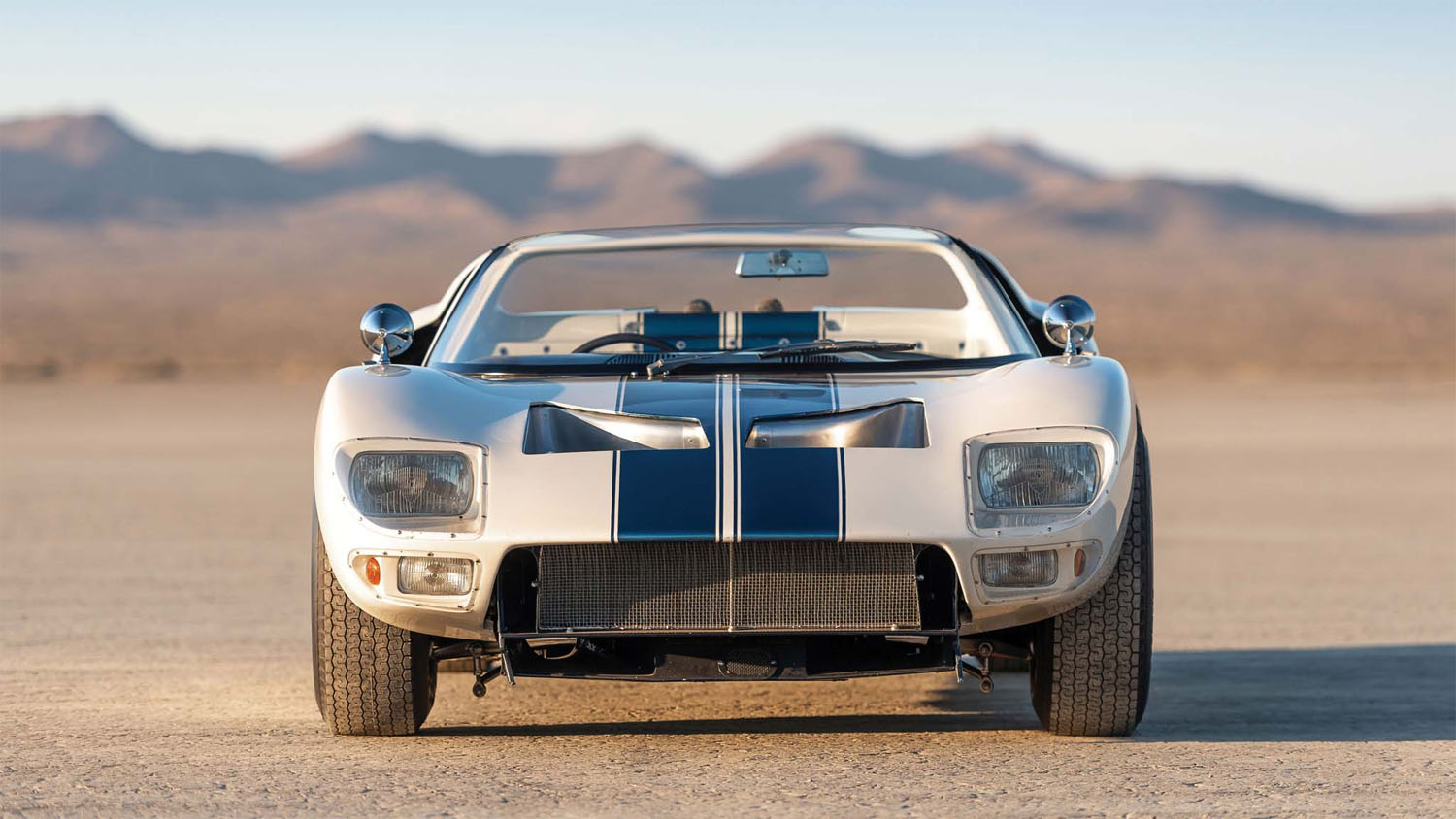 We talked about the special auction that RM Sotheby’s will be holding that is offering the full Ford GT lineage for sale. The highlight of that collection is this 1965 Ford GT Roadster prototype. The car is chassis number GT 108. Its claim to fame, other than being a real 1965 Ford GT Roadster is that it was one of the first five units built and one of the 12 original prototype cars.

The 1965 Ford GT Roadster prototype was built at the Ford Advanced Vehicles Plant in Slough, England. It is thought to be the first car ever assembled there. After assembly in England, this car was shipped to Carroll Shelby in LA. The car was supposed to be there for only a short time for testing and then be returned to England. For some reason, the 1965 Ford GT Roadster was never returned to England staying in the States to this day. The car was completed in March of 1965 and had a Cobra-spec 289 cubic-inch V8 mounted in its middle paired with a Colotti T-37 transaxle. The car was painted in the colors seen here of white with blue stripes and fitted with Borrani wire wheels.

Shelby and his crew made numerous modifications to the car, and the 1965 Ford GT Roadster prototype was then used as a development and marketing car helping to fine-tune the GT40 racing program. The car was run at Riverside and Laguna Seca in 1965 for exhibition laps driven by Ken Miles. The first private owner of the car was a Kar Kraft employee in 1969. Since then the car has been owned by multiple collectors, seen vintage race time, and won awards at the Pebble Beach Concours d’Elegance.