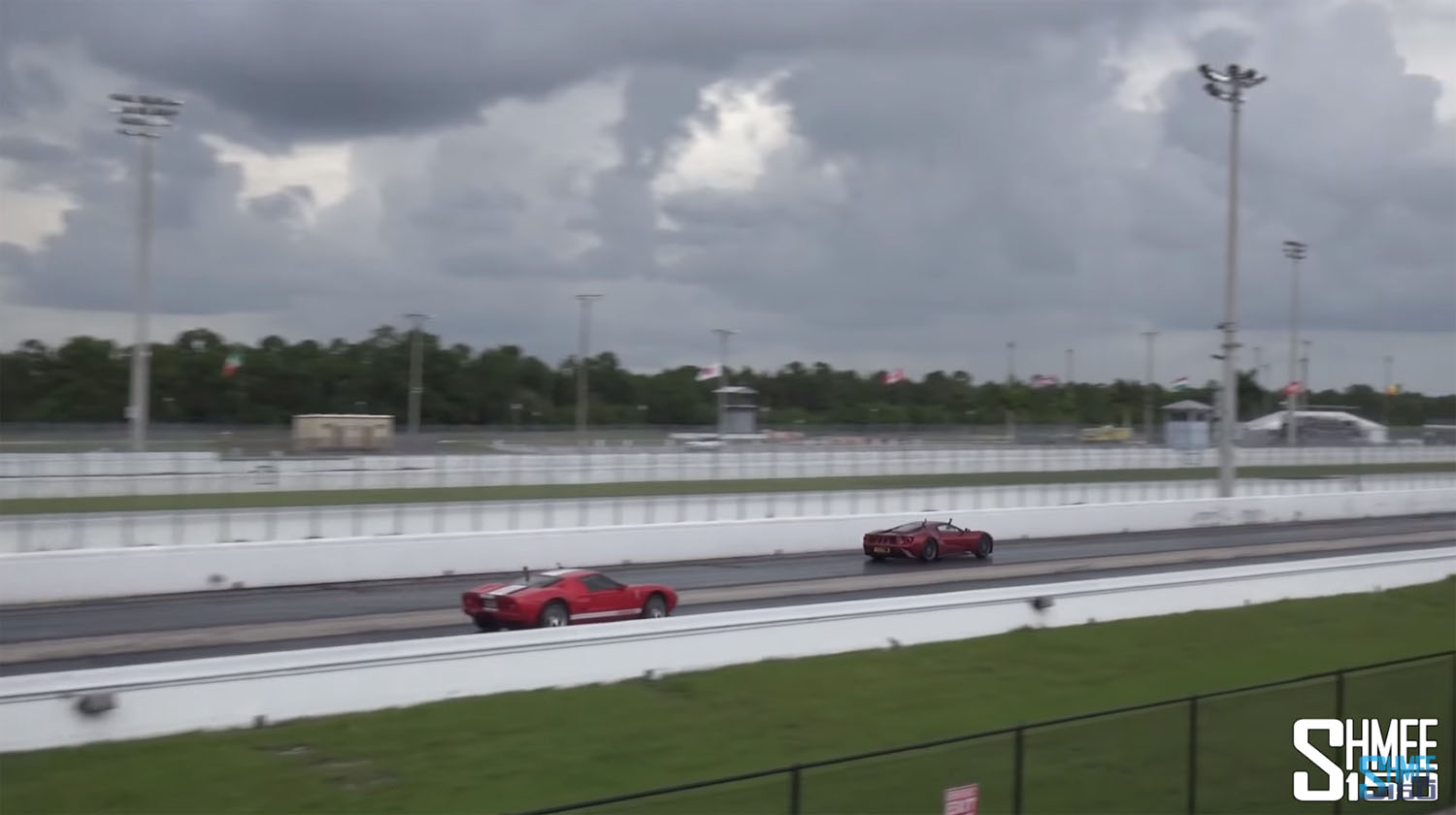 The first-generation Ford GT was a very fast and cool car with its supercharged V8 engine and manual transmission. The new second-gen Ford GT is a much higher-tech car with an EcoBoost V6 engine and dual-clutch transmission with launch control. The two racers in the video include Shmee150 behind the wheel of his maroon with gold stripes Ford GT that we saw hit the dyno not long ago. The 2017 Ford GT is all stock. On paper, the first-gen Ford GT might sound like the faster car, but the second-gen GT has launch control and a DCT gearbox. Also working against the second-gen Ford GT is that Shmee150 notes that the race is the first time he has been down a drag strip and drag racing is something that takes time to learn. The two cars were very close together in performance.

We would love to have seen the drivers swap cars, or at least put the experienced racer behind the wheel of the second-gen GT to see what someone who is used to getting a good reaction time could do with the car. Still, these cars are both fast. They were very near the ten-second mark in several of the runs.

Both the Ford GT cars are beautiful and are collector items already. Some of the 2017 Ford GT cars can be sold this year without raising the ire of Ford. Check out the video and see the cars go at it on the drag strip.