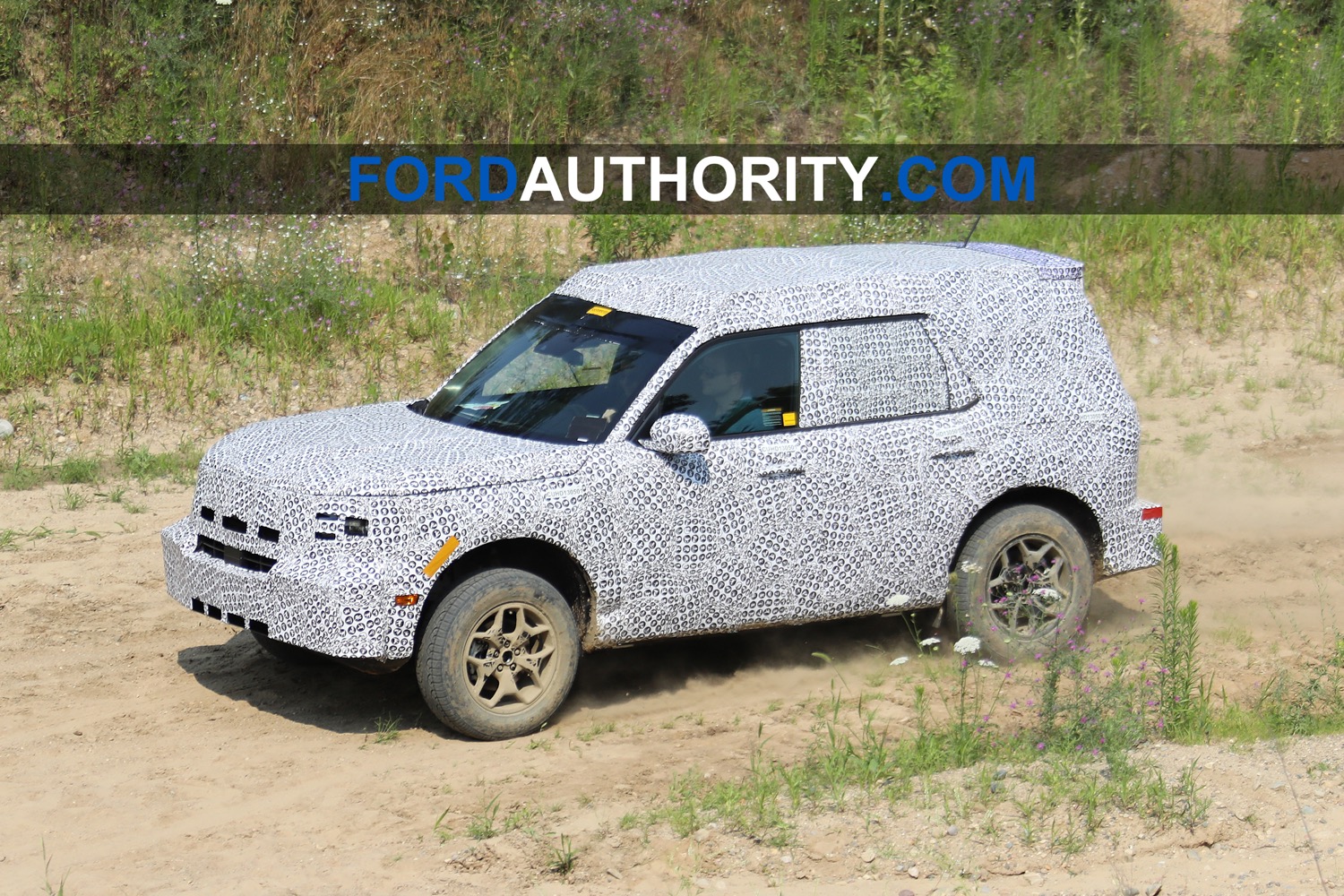 The new Ford Bronco is on the way, and for those who may be unaware, the Blue Oval brand will offer two separate Ford Bronco models as part of a two-tiered product strategy. The two-tiered strategy includes a smaller unibody crossover model named Bronco Adventurer (previously nicknamed the “baby” Bronco), as well as a larger “regular” Ford Bronco based on the Ford T6 platform. Now, according to sources familiar with future Ford product plans who spoke to Ford Authority on the basis of anonymity, the smaller Bronco Adventurer crossover will debut prior to the “regular” Ford Bronco body-on-frame SUV. This latest rumor certainly coincides with everything else we’ve seen and heard thus far. As evidenced by recent spy shots, we know the new Ford Bronco Adventurer is currently in integrated prototype form, which essentially means it’s further along in development than the “regular” body-on-frame Bronco, which so far has only been spotted running around on public roads as an early test mule.

The Ford Bronco Adventurer will be built on the Ford C2 platform, the same underpinnings utilized with the 2020 Ford Escape, the new Ford Focus, and the Lincoln Corsair. As for engine options, the Adventurer will cradle a number of turbocharged four-cylinder powerplants, while three-cylinder, hybrid, and plug-in hybrid variants may be offered as well. Front-wheel-drive will be standard, while all-wheel-drive will be optional. The Ford Bronco Adventurer is expected to arrive late into 2020 for the 2021 model year, officially kicking off the return of the Ford Bronco nameplate for an all-new sixth generation. Interestingly, Ford has not yet trademarked the Bronco Adventurer name, but has registered “Bronco Big Bend” and “Bronco Outer Banks,” suggesting the automaker has at least a few limited-edition models, trim levels, or model variants in the works.

Still chomping at the bit to learn more about the return of this iconic vehicle? Stay up-to-date by subscribing the Ford Authority for more Ford Bronco news and around-the-clock Ford news coverage.