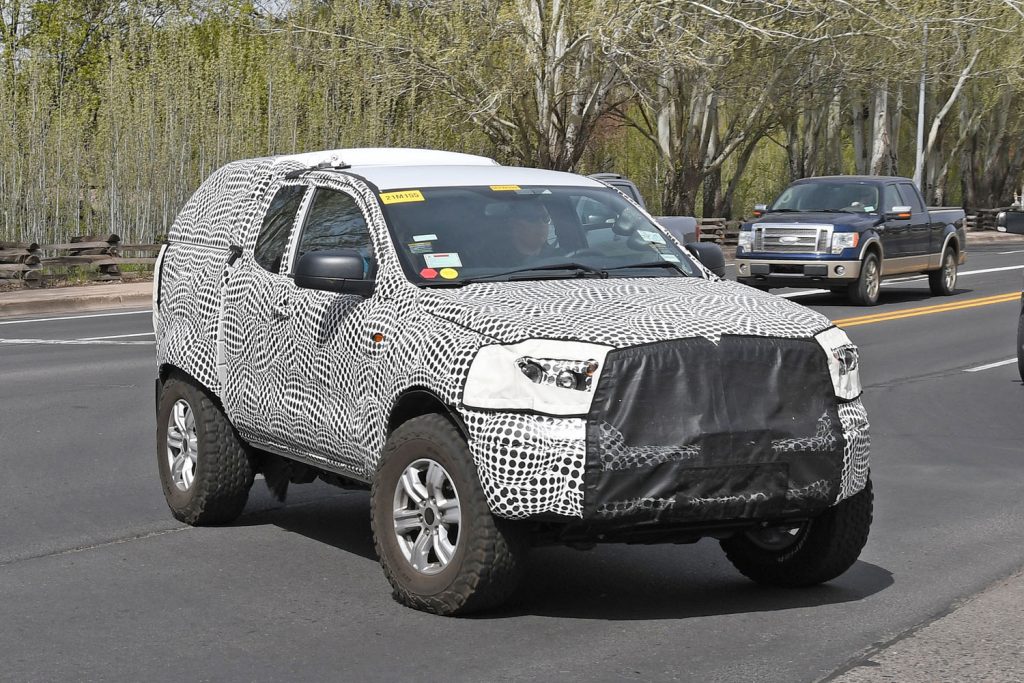 Production for the all-new sixth-generation Ford Bronco is scheduled to commence next year, and in preparation, The Blue Oval brand has been busy filing a long list of trademarks intended for use with the revived nameplate. Ford Authority has been following this story for months and have always been the first in the world to uncover and report on these trademark filings, providing insight as to what the upcoming Ford Bronco may offer. Now, we’ve accumulated our findings in the following post.

Currently, there are four trademark filings on the record specifically geared for the new Ford Bronco. We’ve listed these in a comprehensive table below. Note that as of this writing (8/9/2019), none of these filings are officially registered, but are rather simply applications.

Obviously, details on these filings are few and far between, but there is some speculation to be done all the same.

The Ford Bronco Sport is an interesting one, as it may suggest some sort of bare-bones entry-level trim, or possibly a two-door body style variant.

The Ford Bronco Outer Banks and Bronco Big Bend filings are worth considering as a pair, given both may give a hat tip to some sort of river-themed application for the new off-roader. What’s more, both trademarks were filed on the same day in July. Our thinking is that this could suggest some sort of model variant or package for the Bronco. A lifted stance and snorkel kit could fit the bill here. Finally, we have the earliest trademark filing of them all – the Ford Bronco Scout. This seems like a solid choice for the so-called “baby” Bronco, the smaller model in Ford’s two-model strategy, but as Ford Authority reported at the end of July, that model will be called the Bronco Adventurer. Notably, Ford has yet to file a trademark for the Adventurer name.

Of course, it bears mentioning that Ford Authority has also uncovered a number of recent filings that don’t explicitly mention the Bronco by name, including Badlands, which seems like it would be a good fit for some sort of off-road themed vehicle, so it’s possible we will see its inclusion with the new Ford Bronco all the same, or potentially on a vehicle that’s not the new Bronco. Meanwhile, the Adrenaline name would seem right at home on a high-performance model of some sort, while the Wildtrak name might get attached to a new trim level of the Ford Ranger, given that a Ranger Wildtrak is available overseas.

As always, we’ll have our ear to the ground, so make sure to subscribe to Ford Authority for more Ford Bronco news and 24/7 Ford news coverage.