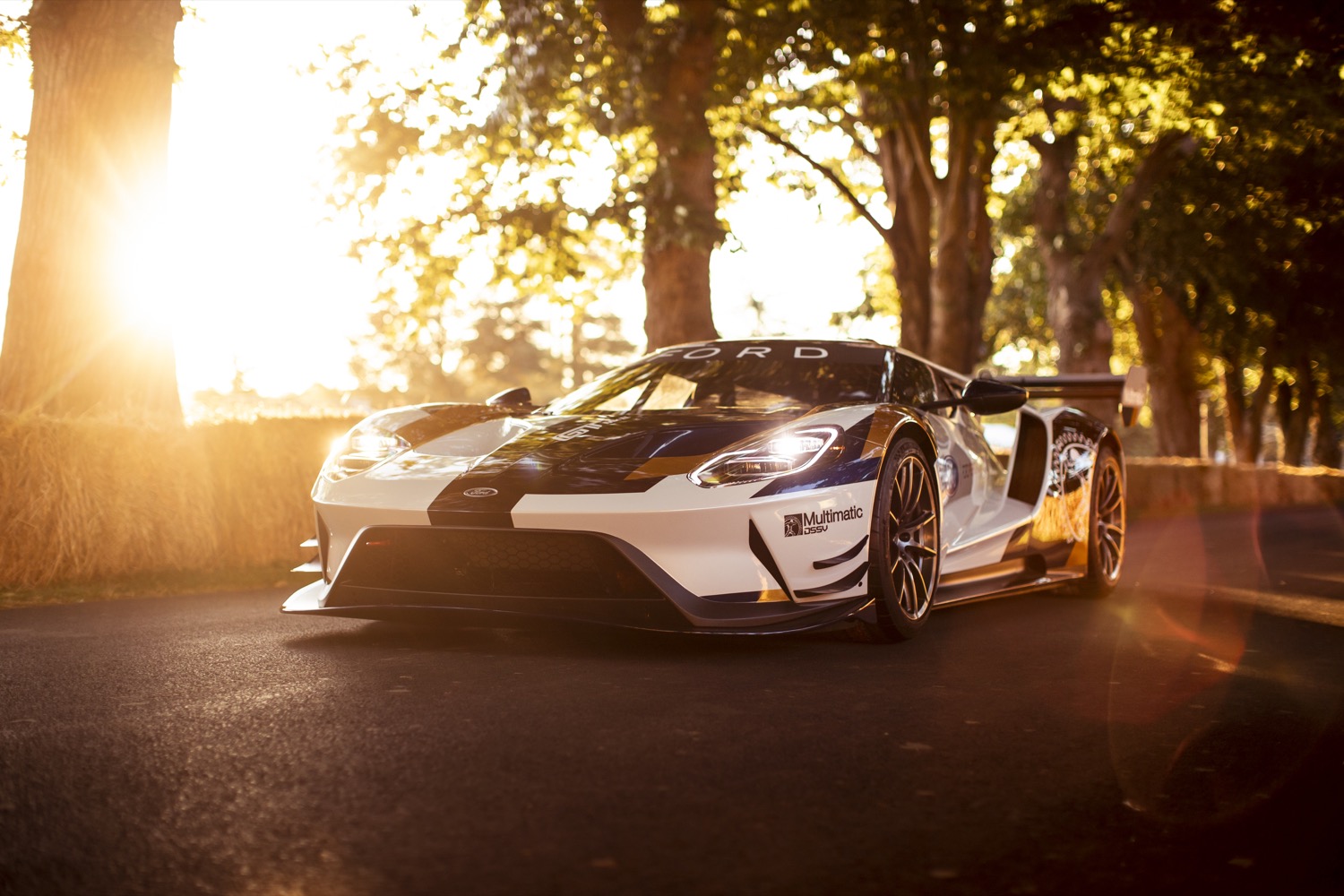 With so much of the auto industry still buzzing off the hype of the mid-engine 2020 Chevrolet Corvette C8, we thought it was high time to reexamine The Blue Oval’s performance lineup. Long story short, there’s a glaring hole right smack dab in the middle of it, with nothing to bridge the gap between the Mustang pony car and the Ford GT exotic, and more importantly, nothing to rival the Chevrolet Corvette. Sure, there are faster Mustangs, like the Shelby GT500, but we’re talking about a true sports car here, not a go-faster pony car.

Of course, Ford’s absence in the space isn’t for lack of trying. The original Ford Thunderbird launched around the same time as the Corvette, and definitely had the right stuff to morph into a dedicated two-door sports car to challenge Vette. However, rather than take the sporty path, the Thunderbird instead went luxury, ceding its performance edge to the Corvette in the process. The circumstance is definitely a strange one, given that Ford competes with Chevy in pretty much every other vehicle segment imaginable, from crossovers to pickup trucks and SUVs of all sizes… but not dedicated sports cars. Meanwhile, the Chevrolet Corvette, as well as a host of competing sports car models like the Porsche 718 (previously known as the Boxster and Cayman) and 911, Mercedes-Benz SL-Class, and the Jaguar F-Type, continue to rake in profits. Production numbers might not be through the roof, but the profit margins certainly are, and in a big way. That’s more than we can say about the Ford GT, which is rumored to be an unprofitable venture for The Blue Oval.

Money is obviously a big factor here, but Chevrolet Corvette fighter from Ford would be beneficial in other ways too. For example, such a vehicle would provide The Blue Oval with the much-vaunted halo effect, spreading golden rays of desirability across the rest of the Ford lineup. Granted, the Ford GT is already a good pick for that role, but the GT is arguably less successful at being a halo car than the Vette, given the GT’s extremely low production and sales numbers, requisite approval by Ford, and extremely high cost. All that consequently adds up to very low visibility of the Ford GT.

At the end of the day, being a true fan of something can often mean putting away the pride and getting a good dose of reality. In this case, that reality is that Ford simply needs a Chevrolet Corvette rival – a true two-door sports car that’s not a pumped-up Mustang or the unobtanium Ford GT. We want something high-end and aspirational, with true sports car cred to its name, but a product that’s still obtainable. The mid-engine Corvette’s sub-$60,000 starting price sounds about right. The current Ford GT – hand-built by specialty manufacturer Multimatic in Canada – might provide a starting point for all that, but for goodness sake, produce it on a damn production line, okay?

We think that if GM and Porsche can make money on dedicated sports cars such as the mid-engine Corvette and 911, so can Ford. Do you agree? Let us know by taking the poll, and don’t forget to subscribe to Ford Authority for around-the-clock Ford news coverage.