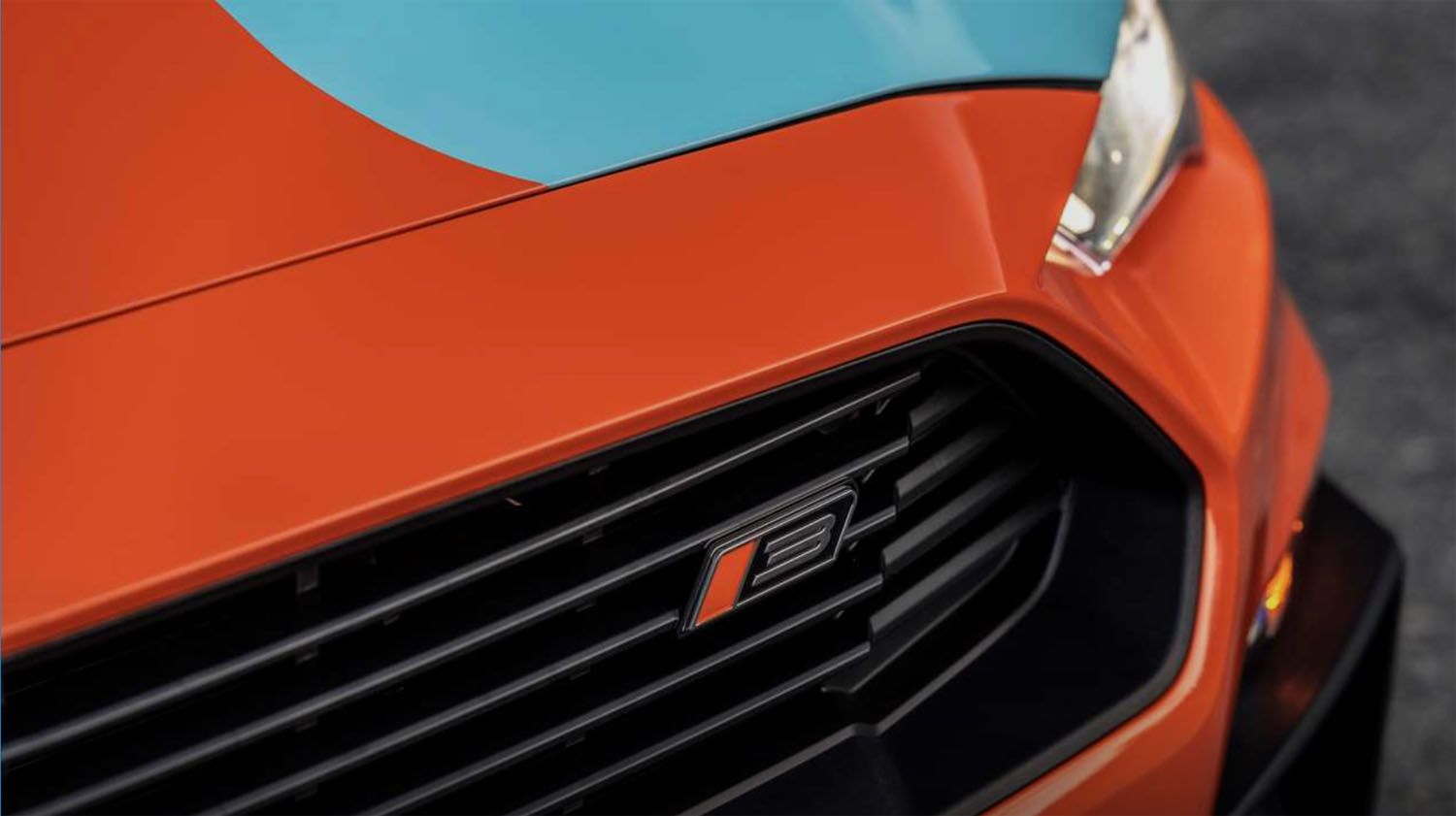 Roush Performance is teasing the debut of a special Mustang that it built for an automotive aftermarket products company CEO named Wade Kawasaki. For now, the only image we have of the Roush Stage 3 Ford Mustang is the singe closeup for the front end of the car. While Roush isn’t showing off the full ride, it has offered details on what the ride will offer.

The new Ford Mustang will feature the legendary orange and light blue Gulf livery that matches a Ford GT that Kawasaki already owns. The car itself is a 2019 Roush Stage 3 Ford Mustang that was custom built for Kawasaki to be a track-capable daily driver. The Gulf livery is painted on the car, not a wrap or stickers of some sort, and was painted by SpeedKore Performance Group to exactly match the Ford GT Kawasaki owns. The Mustang has a Roush TVS R2650 supercharger along with a Roush Cold Air intake and Roush calibration along with the Ford Mustang GT 5.0-liter Ti-VCT V8 engine to make 710 horsepower and 610 pound-feet of torque.

The car is also fitted with the Roush active exhaust system with four user-selectable modes and a custom hand brake for drifting. Other custom touches for the car include a set of one-off 20×9.5 billet aluminum wheels from Bespoke by Vintage Wheels designed as a modern interpretation of the iconic wheels of the original Ford GT40. The wheels are shod with 275/35ZR20 Continental ExtremeContact Sport tires.

Other custom pieces for the car include bespoke carbon fiber side vents and side-view mirrors made by SpeedKore along with a Roush carbon fiber chin spoiler, Roush carbon fiber rear spoiler, and Roush R8 Aero Body Kit. The interior has color-matched orange accents to match the orange from the Gulf livery. The car will make its public debut at McCall’s Motorworks Revival on August 14th. Roush created the Old Crow Mustang that sold for charity this summer.