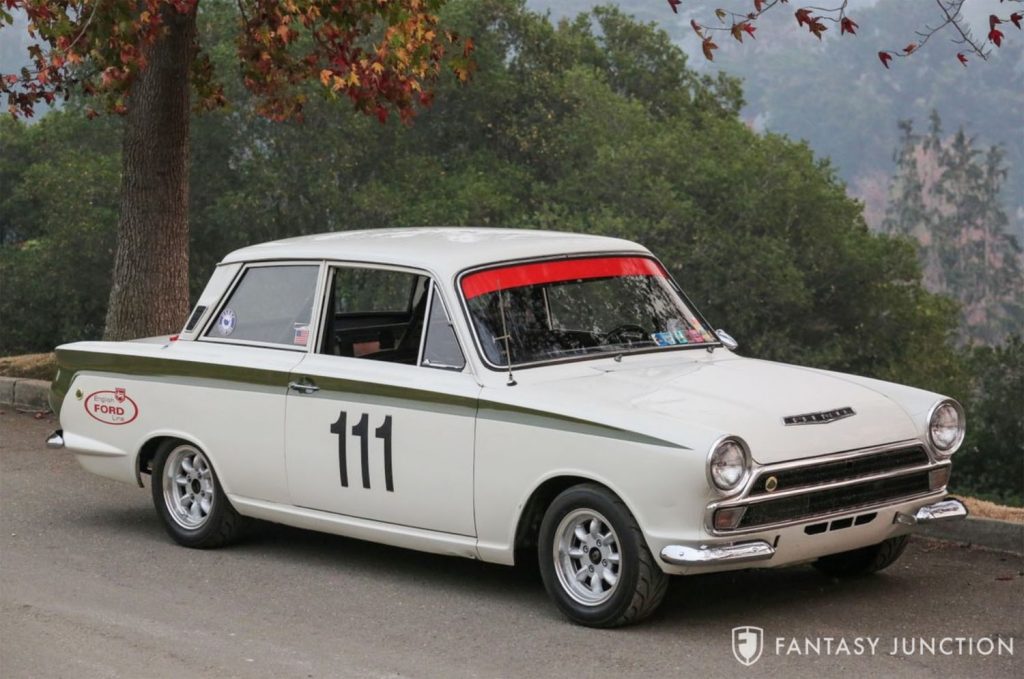 One of the legendary small cars of the ’60s was the Ford Cortina Mark 1 sedan, and when Lotus laid hands on the little car, it became the Lotus Cortina like the 1966 Lotus Cortina seen here. The Lotus Cortina came about from a collaboration with Lotus and Ford that started in 1963. The goal of the car in its day was to be competitive in Group 2 racing, and Ford UK challenged Colin Chapman to develop a potent twin-cam engine specifically for 1000 Ford Cortina saloons.

Lotus made significant changes to the Cortina with significantly altered suspension with vertical coil springs with dampers along with trialing arms and stiffening braces. The Lotus Cortina weighs only 1,880 pounds making it formidable in both rally and road racing. There were over 3,300 Mark 1 cars and over 4,000 Mark 2 cars produced. The car has a 1557cc, 105 horsepower twin-cam four-cylinder engine. All of the cars were painted in white with green flashes and Lotus badges, just as the 1966 Lotus Cortina seen here is shown in. This particular Lotus Cortina was the subject of an extensive restoration and race prep work in its life with about $28,000 in restoration costs in 2003 when it had 16,627 miles. The engine was rebuilt at a cost of $12,314 and is paired with a 4-speed manual transmission.

The car has new brakes, new rear brake shoes, and refinished drums. Other new parts include axle bearings, a new rear end, and housing. It has new straight cut close ratio synchronized gear set and ring set, new trans mounts, and a new clutch and master cylinder. The car is street legal and suited to driving normally, but it has been raced extensively in the 1980s, 1990s, and as recently as 2011. The 1966 Lotus Cortina is in great shape, but not perfect, and is ready to race or cruise to a new home for $69,500. Check out this 500 horsepower Ford Cortina. 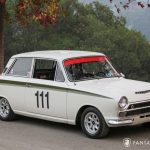 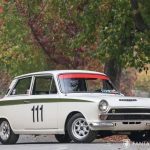 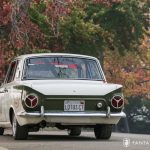 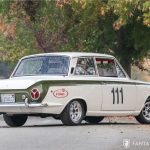 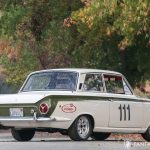 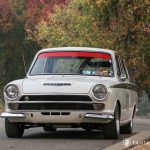 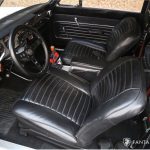 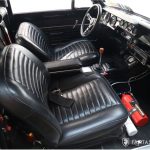 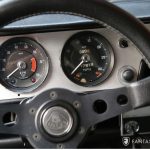 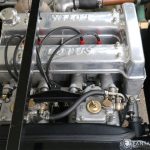 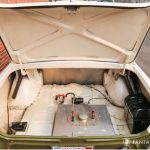