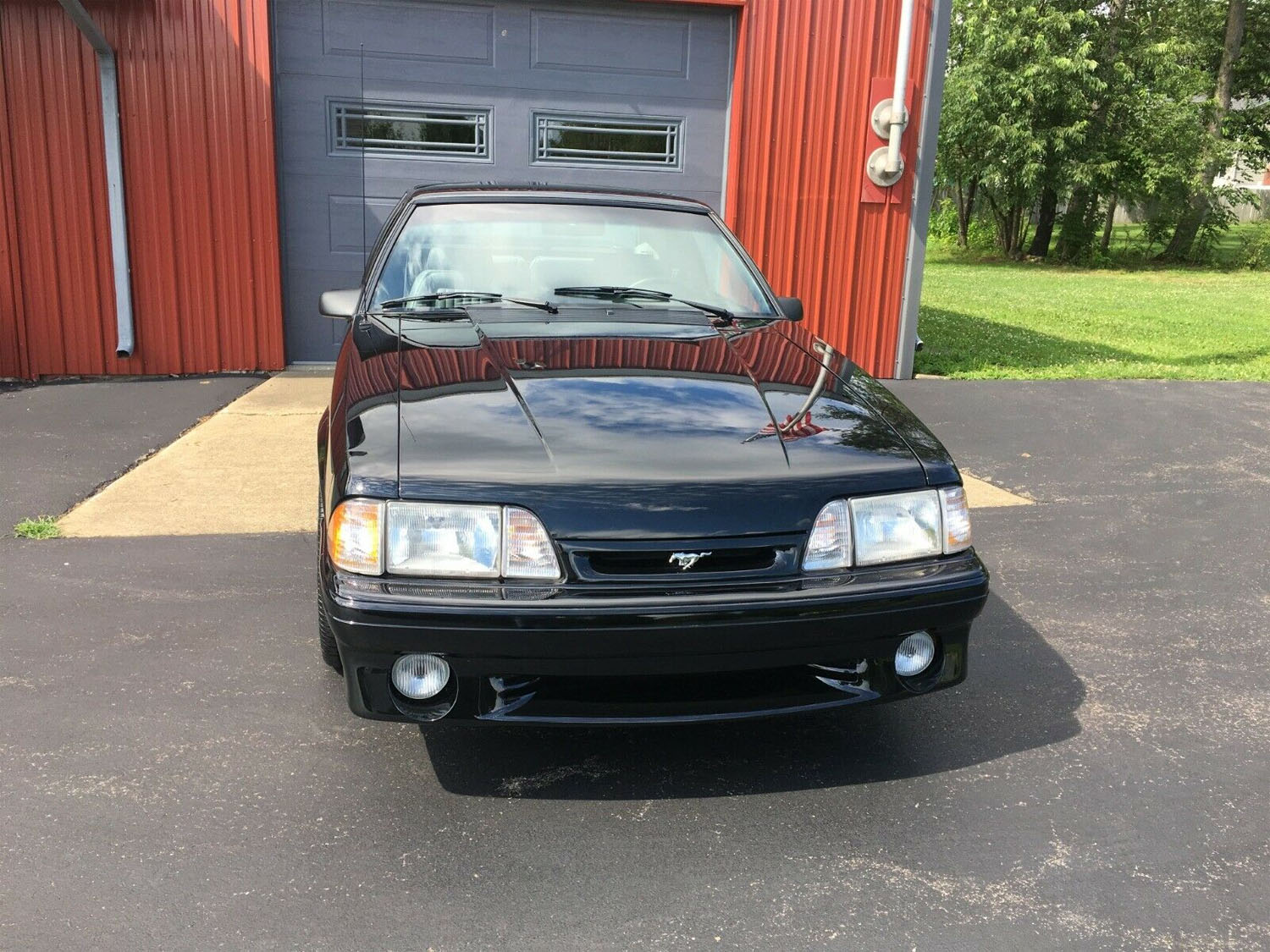 Over its lifetime the Cobra has only driven 668 miles. The owner said that the car was just like brand new and still smells like a new car and rolls on its factory tires. The only thing that has been changed over the years is the factory battery. The owner said that he would start the car on the jack stands and run it through the gears every now and again. He also says that the car was driven in the spring and fall. He took one last ride in the 1993 Ford Mustang Cobra SVT before selling it, he said that it drove like new, smelled like a new car, and the AC blows cold.

Why would he sell such a fantastic and low-mile Cobra? The owner says that he has five registered cars and that was just too many. The car is black with gray interior and is #506 out of the 4993 1993 Ford Mustang Cobra SVT cars built that year. It sold with all of its paperwork window sticker, SVT certificate, and more.