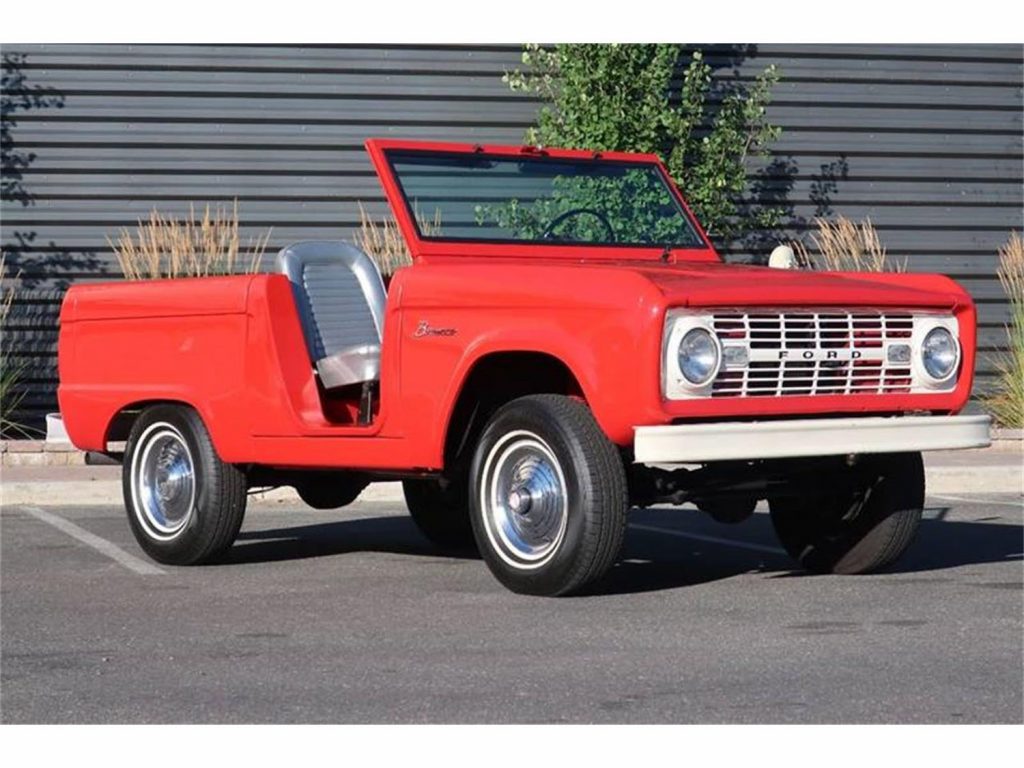 The classic Ford Bronco is in very high demand right now and is fetching significant money at auction. The example seen here is a 1966, the first year of Ford Bronco production. It’s also one of the rarest of 1966 Ford Bronco versions, the U13. The 1966 Ford Bronco U13 Roadster has no top and no doors.

That made it the rarest, likely because when new it was among the least useful of all 1966 Ford Bronco variants. It might be ideal for beach towns where rain is rare or dry mountain towns. This particular U13 Roadster is a low mile example with the seller claiming that the slightly less than 40,000 miles on its odometer is original. The seller says that Ford made only 5,000 U13 roadsters during the three-year production run and estimates claim that there are fewer than 150 left today. The 1966 Ford Bronco has a heater, defroster, manual antenna, and an AM radio. The hub caps are the original parts, and the car has a padded dash.

The silver interior looks a bit like a carnival ride, but the seller says silver is the correct color for this particular car. The car is rust free and in excellent condition overall. Power is from a 170 cubic-inch, 104 horsepower six-cylinder engine that is paired up with a three-speed column shift manual transmission. The seller is asking $74,500 for the 1966 Ford Bronco U13 Roadster. We’ve seen a very similar looking 1967 U13 Roadster in the past that had a V8 engine under the hood. The value of old Broncos seems set to continue increasing as demand for the new Ford Bronco grows. 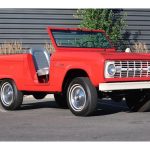 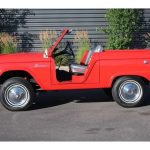 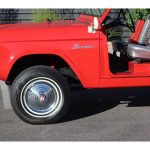 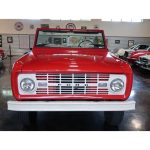 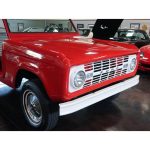 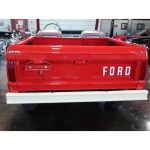 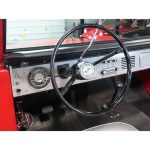 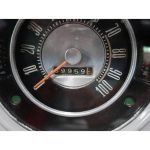 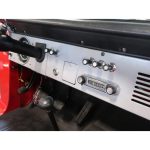 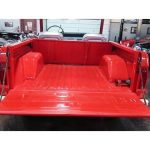 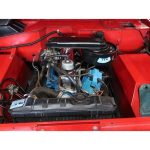