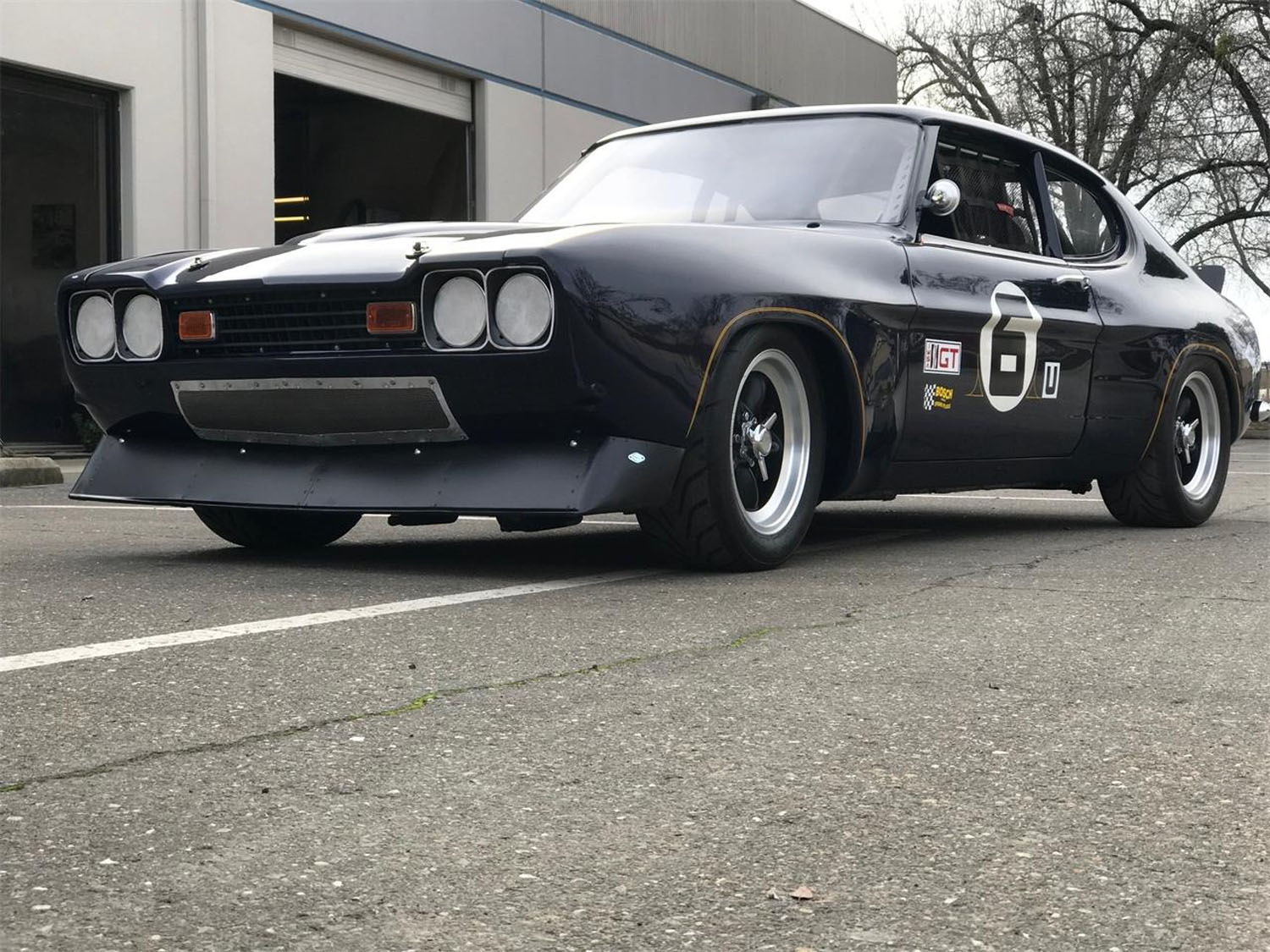 If you fancy a car that wasn’t sold directly in the States and a racing car to get your vintage race on, this 1973 Ford Capri GTU is worth a look. The car was initially built in the ’80s and raced on the West Coast by Dennis Hall in the SCCA Regionals. The car started its racing career as an ITA car.

Since its original racing days, it has been completely restored and built out as a period-correct IMSA GTU car using the pre-1995 rules. The car is for sale and comes with its original logbook dating back to 1983. During its restoration, the car was stripped out and put on a rotisserie. The car was stripped to its bare tub, media blasted and finished. An all-new roll cage and chassis were installed along with the Cologne MK1 factory works flare set. The engine was redone and is a LIMA Ford 2.3 that has been bored and stroked.

The 1973 Ford Capri GTU uses an Esslinger Billet Steel stroker crankshaft. Custom length Manly rods and JE pistons that are all forged round out the bottom end. The head is an ARCA head that was designed for the NASCAR ARCA truck series. Forcing the fuel into the engine are Weber 55 DCOE SP carbs that are ported to match the head. The refreshed engine in the 1973 Ford Capri GTU is mated to a Tremec T5 transmission that has new bearings, seals, and synchros. Brakes all around the car are Wilwood units. The builder also fitted the car with a fuel Safe 12-gallon fuel cell, twin fuel pumps, a Firecharger fire suppression system, and new Avon 15-inch slicks. The seller is asking $70,000 for the ready to race car. You can watch a 1978 Ford Capri make its way around a racing track here.