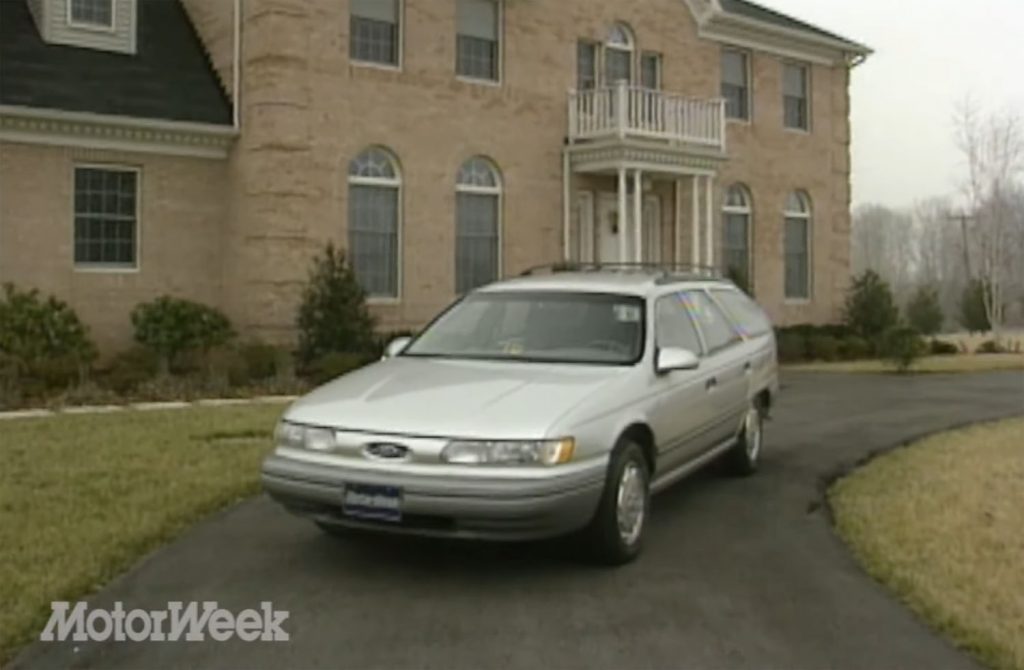 The Ford Taurus has been part of the Ford line for a long time but has been discontinued with Ford’s decision to ditch cars. The car was once hailed as Ford’s savior and was the best selling car in America for several years. 1992 was a big year for the Ford Taurus; this is the year the car got all-new sheet metal.

MotorWeek has been revising cars for longer than many of our readers have been alive. One of our favorite things that MotorWeek does today is repost classic reviews of old cars. The Retro Review up recently is of the 1992 Ford Taurus Wagon. It’s not exactly a pretty car by today’s standards, but in its day it was popular. The big and long design of the 1992 Ford Taurus Wagon was hailed as “sporty” without taking away from the family car feel. It had the roof rack that every wagon we can think of had complete with crossbars. For 1992 the 14-inch wheels received new “turbine style” covers and the car had a 15-inch wheel package available.

The interior was updated for 1992, it’s strange to see a car with a bench seat today, but they were common in the ’90s. The 1992 Ford Taurus Wagon also has a column shifter, something else not common today. The car had a standard driver’s side airbag, and a passenger-side airbag was available. The gauge cluster went back to analog gauges for 1992, but they were minimal with idiot lights, temp gauge, and a speedo.

It was common in the ’90s to have a car stereo with a double DIN stereo setups that had a cassette player and a CD player in different sections. CD players weren’t that common in cars in the early ’90s as the format was just starting to take off. Watch the video and enjoy the ’90s clothing and style.