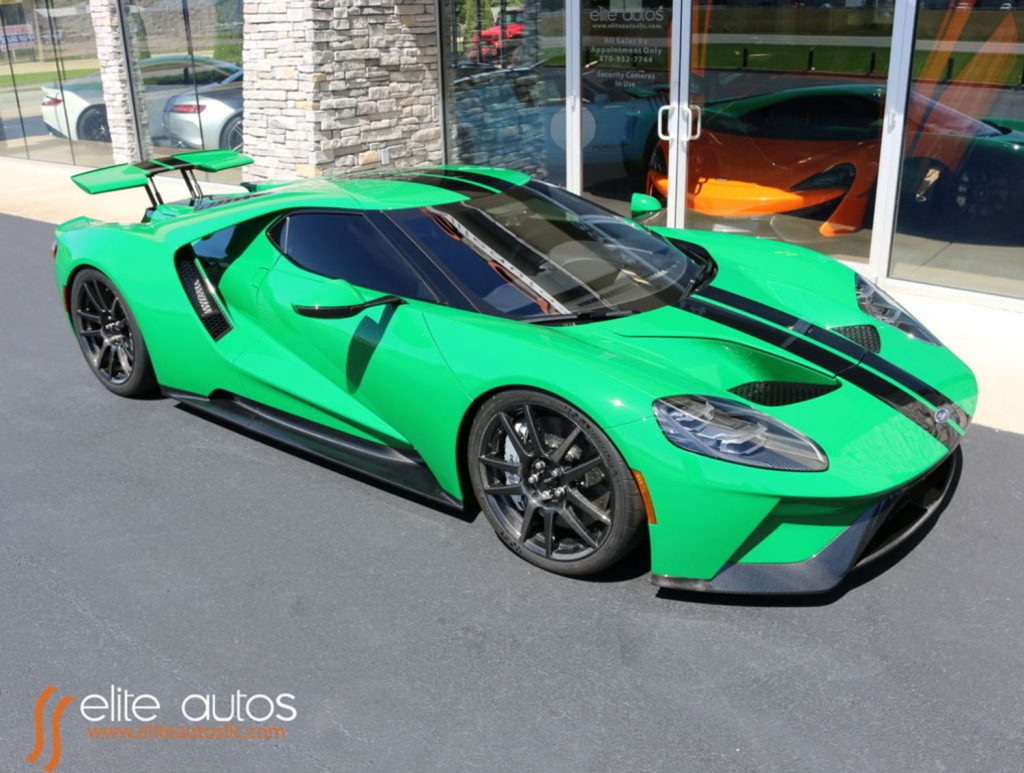 Every time we turn around, there is another 2017 Ford GT up for sale. Many 2017 models have seen their contracts expire and become eligible for the original owners to sell. It appears that most of the folks who bought them are turning around and selling the cars for a profit. A 2017 Ford GT has turned up for sale at Elite Autos LLC, and this car is covered in a custom paint color called Atlas Green.

The paint on the car was a $30,000 option. That is a lot of money for paint, but certainly not on the level of the 2017 Ford GT we talked about that had the $100,000 factory mystichrome paint job. We also know thanks to that car that someone else could potentially paint their Ford GT Atlas Green as it takes $100,000 to ensure your Ford GT paint color is only used by you. The 2017 Ford GT has all options that were available for the car including the gloss carbon fiber exterior package and gloss carbon fiber wheels. The brake calipers are painted silver, and the car has the upgraded interior and titanium lug nuts. The indoor car cover is still in its package, and the buyer optioned the ride with racing seat belt harness brackets.

The 2017 Ford GT has been driven a little with 538 miles on the odometer. To ensure the paint stayed perfect, the owner had every panel of the car covered in paint protection film. Also included with the car are the original window sticker, battery tender, owners manual, and all documentation. The asking price for the car is $1,299,980. If the car sells for that amount, it will make the original owner a tidy profit. 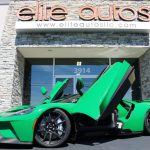 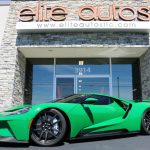 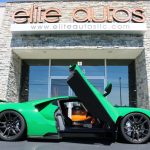 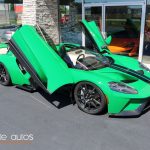 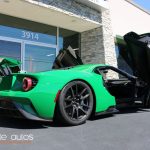 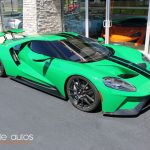 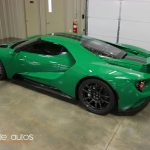 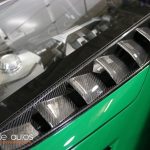 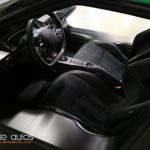