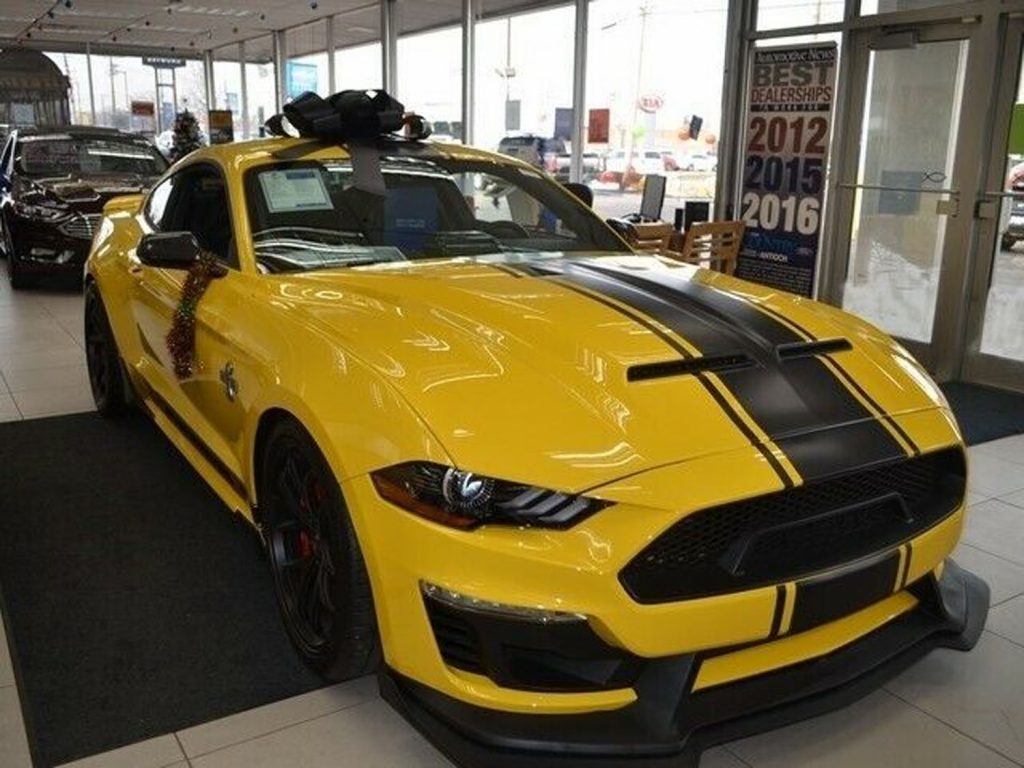 The gang over at Kunes Country Ford has one of the rarest of modern Mustangs up for sale. The car is a 2018 Shelby Super Snake Mustang, and it is on eBay with a Buy it Now price of $108,500. That eBay price is a bit higher than the price the dealership, Kunes Country Ford, has listed on its website of $108,000.

Since the 2018 Shelby Super Snake Mustang was a conversion done at Shelby, the window sticker shows a standard 2018 Ford Mustang GT that had the GT Performance Pack, Smart & Safe package, and Triple Yellow Tri-coat paint along with the leather Recaro seats inside. The car stickered for $51,165 as it rolled out of the factory. What sort of options could double the MSRP? The big performance option for the 2018 Shelby Super Snake Mustang is the addition of a supercharger on the standard 5.0-liter V8 engine the Mustang offers to turn the power up to 800 horsepower. Shelby says the car can reach 60 mph in 3.5 seconds with the blower. The specs of the car on the dealership website and eBay say nothing about a supercharger, but the sticker price and image of the engine bay show it has one.

Other than more power, the car also gets new suspension and brakes to allow it to carve up the road or race track. It rolls on 20 inch Shelby forged aluminum wheels and high-performance tires. Shelby offers Widebody and suspension options. The car doesn’t appear to be a widebody, and there is no mention of the suspension options. The listing on the dealer website doesn’t mention the car is a Shelby Super Snake. All Super Snake cars get a unique CSM serial number and are included in the Shelby registry. The interior has custom seat covers on it and special badging among her things. The dealership says the car has 5 miles on it. We saw a 2019 Super Snake with an asking price of $135,000. 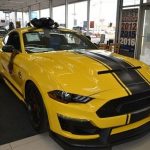 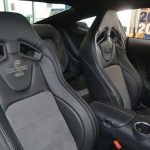 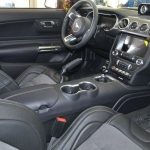 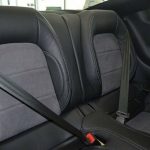 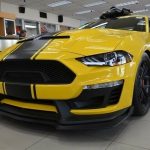 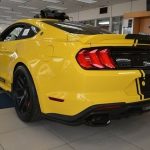 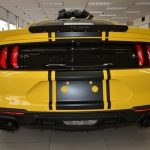 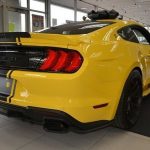 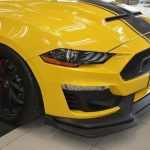 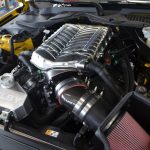