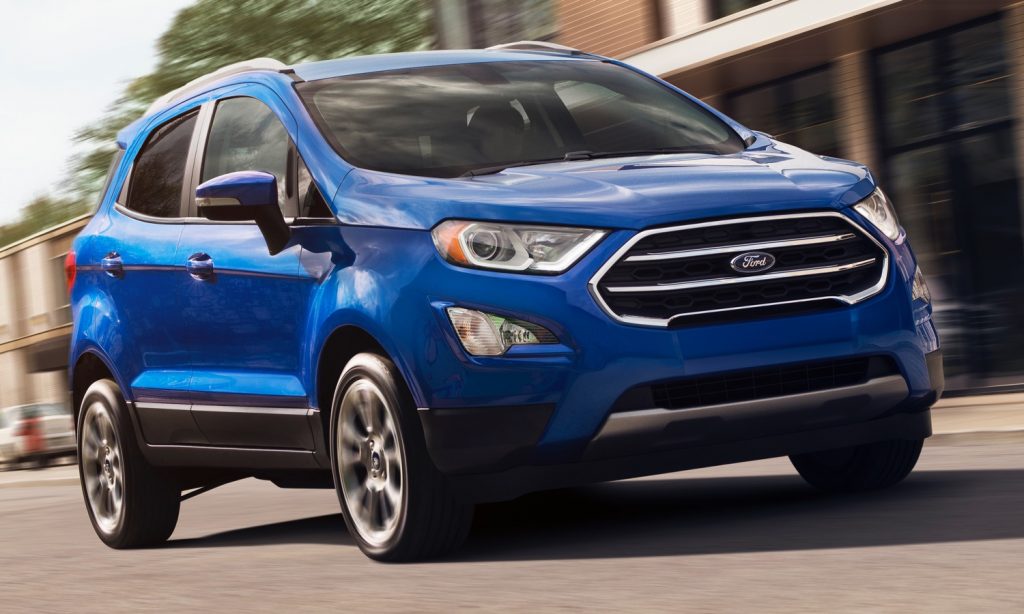 The Ford EcoSport was launched in the North America in 2018, slotting into the sub-compact crossover utility vehicle segment underneath the Escape as an affordable, small, five-passenger vehicle designed with fuel efficiency and maneuverability in mind. The 2020 Ford EcoSport is almost here, and it offers a handful of changes, which we’ve compiled for you here.

To begin, the 2020 Ford EcoSport trim level lineup goes unchanged, continuing with the S, SE, SES and Titanium. With that covered, let’s dive a little deeper.

With regard to the oily bits, the 2020 Ford EcoSport goes unchanged from the previous model year. The 2020 Ford EcoSport goes unchanged with regard to exterior styling as well, once again offering the same five-door body and horizontally hinged rear hatch. However, the tow hooks have been deleted.

Paint options also get carried over for the 2020 model year, and include: Moving into the cabin, the 2020 Ford EcoSport now comes with the Cargo Management  System (essentially an adjustable shelf) as standard equipment on the SE trim level and above.

But the biggest change is probably the addition of the eight-inch LCD Capacitive Touchscreen as standard equipment on the SE trim level. Previously, a 4.2-inch LCD screen mounted in the center stack was standard. The 2020 Ford EcoSport does not feature any changes to its safety or security features. The 2020 Ford EcoSport does not have any changes with regard to safety and functionality features.

The only package-level change to the 2020 Ford EcoSport is the addition of a black spoiler on the SES Black Appearance Package (47R), adding a little extra sportiness to the crossover’s rear end. And that does it with regard to what’s new for the 2020 Ford EcoSport, but subscribe to Ford Authority for further Ford EcoSport news and around-the-clock Ford news coverage.