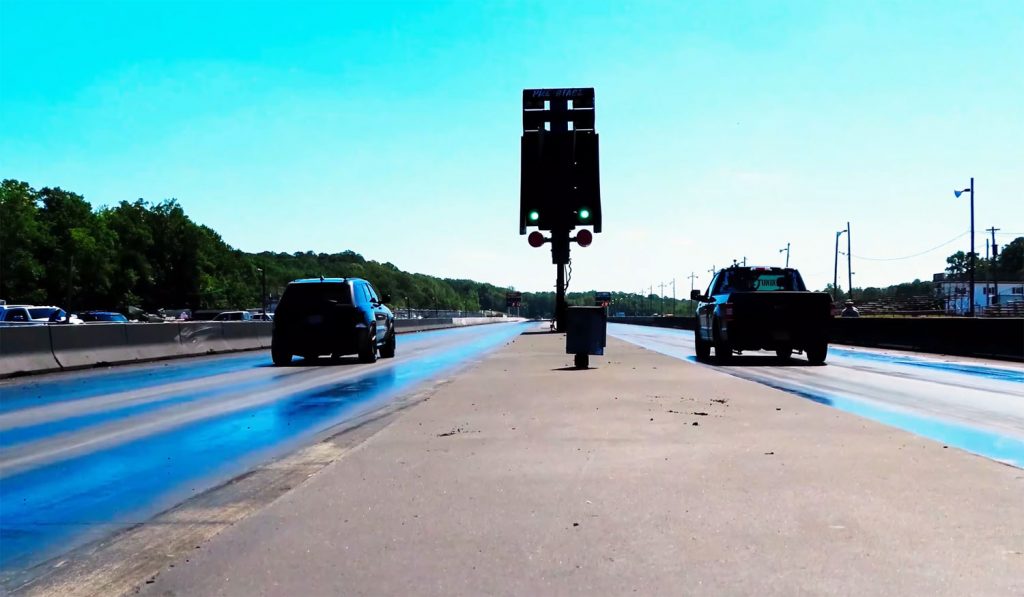 A lot of racers out there know they can go down to the dealer and plunk down the cash for a factory drag racing car and race. Rides like the Dodge Hellcat and Jeep Grand Cherokee Trackhawk come to mind. There are other racers who would never consider racing in a car or truck they didn’t turn wrenches on.

Boosted F-150 is back with another video that shows him out on the track in the 2018 Ford F-150 known as Undertaker beating up on more expensive rides. Last we saw Undertaker he was fighting it out with a Dodge Challenger Hellcat on the track and holding his own. This time out the blown Ford F-150 is squaring off against a 2018 Jeep SRT Trackhawk. The Trackhawk Jeeps are fast and very expensive. The Trackhawk in this video is running an HHP tune and 2.8 pully along with a Borla exhaust. The thing is running well into the 10-second range.

The blown Ford F-150 runs very deep into the 10-second range. There isn’t much of a battle here as the heavier Trackhawk launches well but lacks the power on the big end of the track to defeat Undertaker. The sounds both cars make is worth a watch alone. The blown Ford F-150 is a drag racing beast, just watch the speedometer fly in the video.