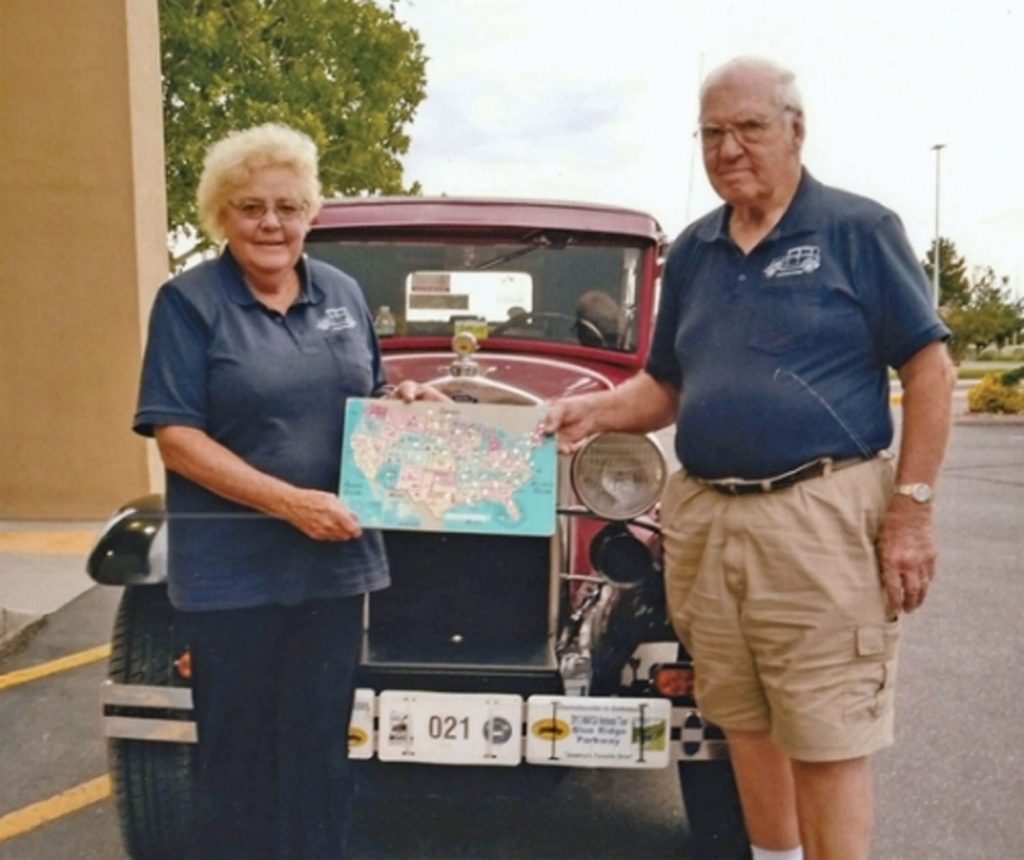 It’s hard for some people to trust an older car when driving back and forth to work, much less on road trips that span decades and all 48 contiguous states in the union. Sharon and Tom Laupp took their 1930 Ford Model A, which they call Abigail, and started taking the car on long road trips back in 1996.

Those were the final four states they needed to hit. Sharon says that the first trip in Abigail was to Wisconsin and Kentucky to visit relatives. The couple then joined the Old Fort Model A club and started to take longer trips with the group. One of the longest was the Hudson Valley tour two years ago in upstate New York. By the time the couple returned home they had covered 40 of the southern United States.

That’s when the couple started thinking it would be cool to see all 48 of the lower states. The couple set off on July 19 to finish driving their Model A through all 48 lower States. The trip was long with the car having a top speed of 55 mph on flat roads and 23 mpg going uphill, the duo followed the interstate highways rarely stopping to sightsee.

During the duration of the trip in the rather pokey Model A, the couple says only one driver expressed aggravation at the slow speed their car was capable of. The trip saw the car break down twice with one due to a rainstorm overnight that left the car with no spark and took a day to fix. The second happened when on the way back home when the Model A needed a new ignition switch. With it replaced, the car started right up, and they made it home. Check out this 1930 Ford Model A station wagon.