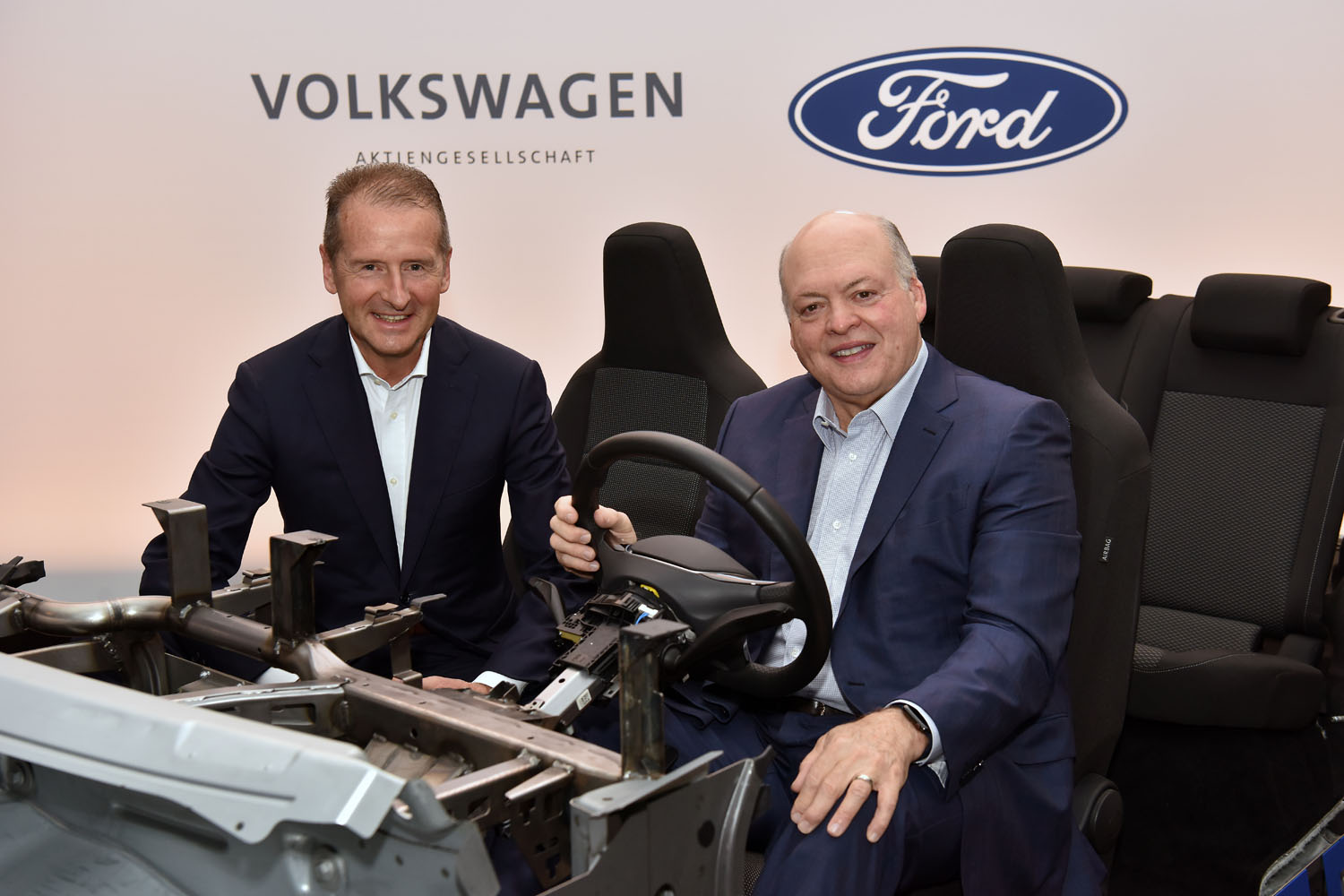 Ford and VW have an agreement in place that sees the two automakers working together on several plans in the automotive market. VW has invested heavily in Argo AI, Ford’s autonomous auto arm. Ford will be using the VW MEB platform to build one EV for Europe, something it already announced. Ford Europe head Stuart Rowley has stated at the Frankfurt Motor Show that Ford and VW are considering a second EV model using the VW MEB platform for Europe.

Ford will use the MEB kits in Europe previously announcing it was planning to buy 600,000 MEB kits for its first model. Ford and VW are now eyeing a second EV joint venture for Europe. Rowley says that Ford and VW are talking about that possibility. He remarked that it wouldn’t make sense to “produce only one MEB-based car.” German publication Handelsblatt notes that as a rule, a manufacturer needs at least two models to run a factory at a reasonable cost. VW CEO Herbert Diess says that the automaker is in talks on a “completely new supply contract for a second vehicle.” The move would be a big deal for VW and would almost double the VW MEB platform deliveries to Ford.

However, Diess did note that the VW and Ford are in the partnership for the long term and that the strategic alliance didn’t limit cooperation to a short time. He added that more VW MEB platform models could be added in the next few years. As for when Ford will launch its VW MEB platform EV, Ford won’t say. It only says that the model will be “fantastic.” Reports indicate that the car will go into production by the year 2023. That date is important because 2023 is when production of the Fiesta is set to end, opening capacity for the EV at the Ford Cologne HQ.