It can get very uncomfortable if you live in an area where the temperature fluctuates wildly, or rain is common for Wrangler owners who leave the house with no doors. One of the most interesting patents that Ford has filed shows a bolt in the carrier of some sort that can carry the four doors when removed.

One of the patents shows a door with a removable top half that we would believe was for a Jeep if the patent app didn’t have the Ford name on it. The door splits and is shaped almost exactly like the front doors on a Jeep Wrangler with half doors. Another odd patent app shows a way to store the doors on the tailgate of the Bronco or on the roof. It’s fantastic to see Ford putting thought into how to store the doors, that will give the Ford Bronco a big lead on the Jeep Wrangler in convenience. We can’t wait for the Bronco to get official. 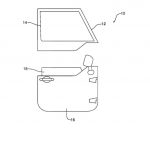 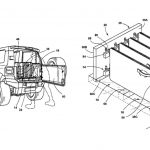 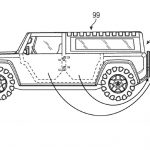 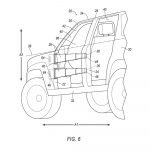