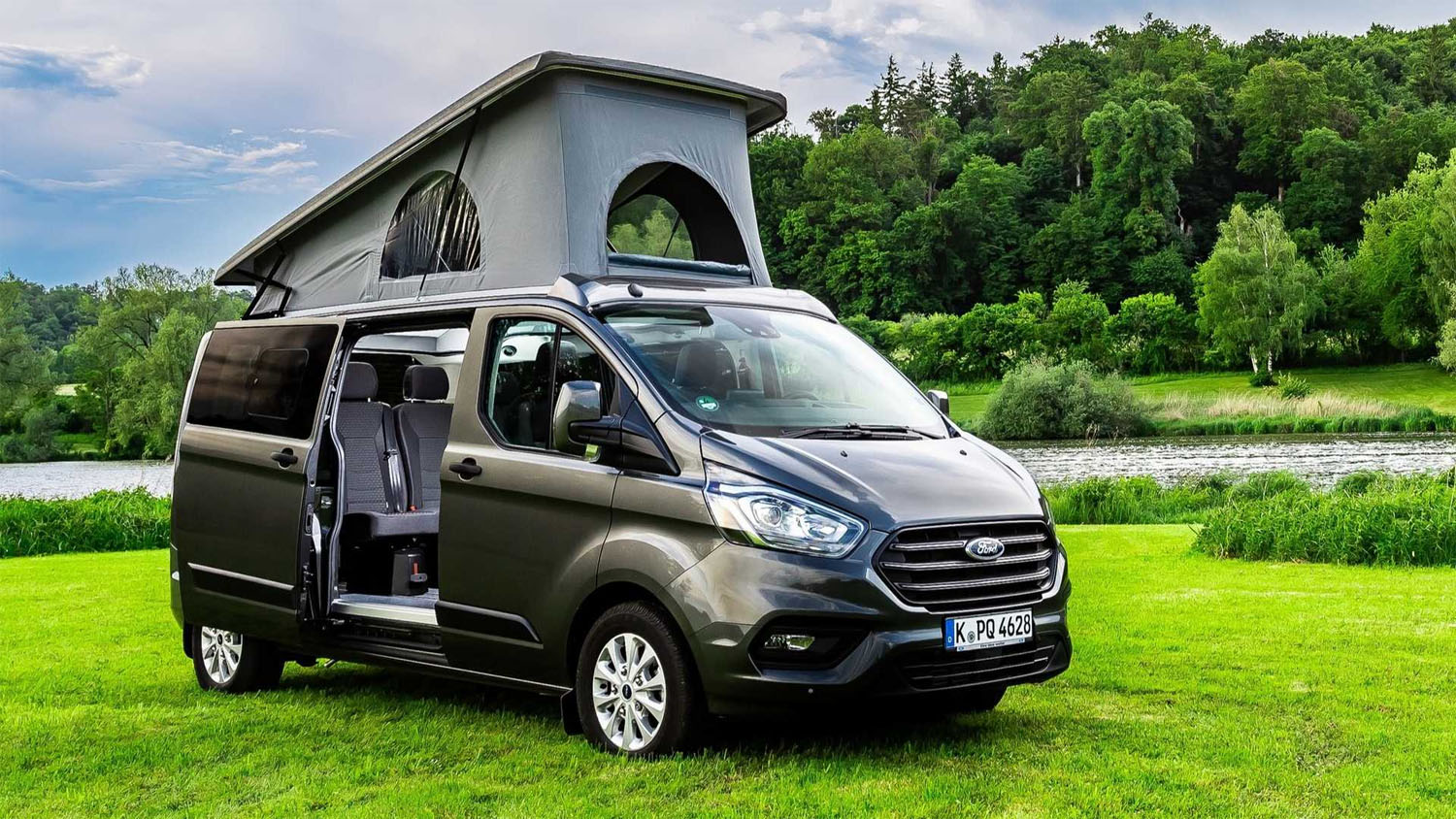 Camper vans can get very expensive with some models going into the six-figure range. Ford Europe has unveiled a new entry-level camper van that is designed to be a flexible machine, and it is called the Ford Flexibus. The conversion comes from a company called Sortimo Speedwave GmbH, and it is based on the Ford Tourneo. Engine options include a pair of turbo diesel EcoBlue powerplants with outputs of 105 to 185 PS. Buyers can choose either a six-speed manual or an automatic. The Ford Flexibus uses Sortimo Multi-functional Floor that allows the vehicle to be ordered with carpet or a plastic floor for easier cleaning. A roof-mounted tent is offered as an option. The roof-mounted tent appears in the image to be the pop-up style with the sleeping area accessed from inside the van.

It has room for two adults to sleep up top. The rails on the floor are meant to allow the Ford Flexibus to be very flexible with space for up to four beds, tie-down spots for cargo or other gear. One mystery is pricing on the Flexibus. Ford has said that the Transit Custom sells for 35,200 euros in Germany. That would appear to indicate that the Ford Flexibus starts somewhere around that price. The Flexibus debuted at Caravan Salon 2019, the same show where the larger and more heavily outfitted Ford Transit Big Nugget concept debuted.