For those who may be unaware, the Ford Mach-E is the brand’s as-of-yet unreleased all-electric crossover model, which draws inspiration from the iconic Ford Mustang muscle car. The Ford Mach-E is shaping up to be a major step forward for the automaker, so we’re obviously curious to see what it has to offer. The video provides fleeting glimpses of the electric crossover in prototype form, with the rest of the footage devoted to Ford’s performance vehicle simulator and shots of Grattan Raceway, where a test driver puts the pedal down to see what the new electric crossover will do.

Seeing this prototype romping around the track at the limits of adhesion, there’s no question the Blue Oval brand is pushing hard to make the Ford Mach-E a true performer. The video ends with the words “Ford electric vehicles are coming.” Indeed. While it’s cool to see the 3D simulator in action, the Ford Mach-E prototype is obviously the big news here. But don’t be fooled – the Mach-E model featured here is an older prototype, which isn’t wearing the production-intent body we’ve seen on newer prototypes out conducting real-world testing.

As we examined late last month, the Ford Mach-E is definitely further along than the featured video here would let on. The production Mach-E will offer a fastback profile and Mustang-inspired styling, along with the traditional crossover stance and four-door body.

The Ford Mach-E should slot in at the $40,000 mark and, according to Ford Motor Company Chairman Bill Ford, “go like hell.” Look for it to debut in concept form this year with an on-sale date in 2020. 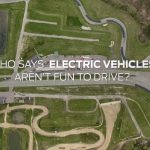 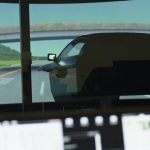 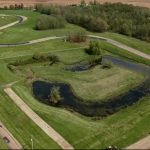 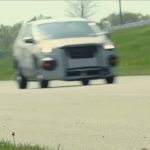 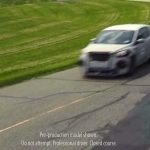 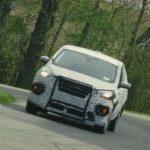 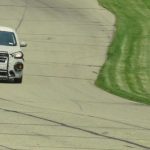 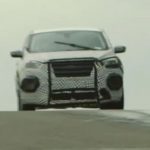 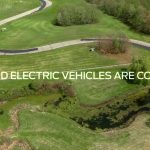