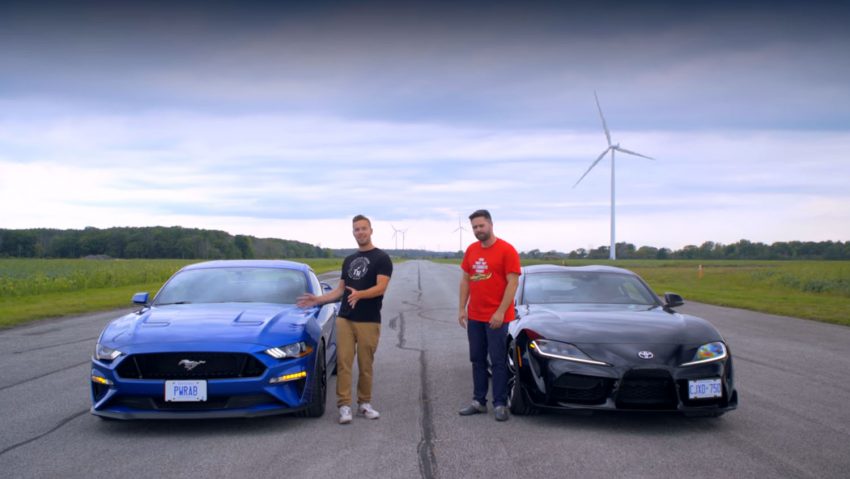 The gang at Throttle House got their hands on a Mustang GT Performance Pack 1 car with a 10-speed automatic transmission and a new Toyota Supra Mark V. The guys immediately headed out to their test track amidst the wind generators and set about seeing how fast the cars were. On paper, the Ford Mustang GT was the leader with more power and torque than the Toyota Supra was rated for, but dyno tests have shown that the Supra is underrated.

We don’t know if the guys ran multiple drag races, the Mustang GT driver admits that the Supra launched better than him. We’d like to see the result of multiple races. We did see the Supra and the BMW Z4 both beat the standard Mustang GT with an automatic in a drag race with another publication.

The track laps took place next, and for the track, there were multiple laps run. The lap times between the two cars were very close with the same driver on the same day. The Mustang GT Performance Pack 1 lapped the test track in 1:15.18, and the Toyota Supra lapped in 1:15.06. It sounds like a drivers race between the two cars on that track. Interestingly, the guys did lap a Mustang GT Performance Pack 2 and the stickier tires and manual transmission that car had was good for a lap of 1:12.77 seconds.