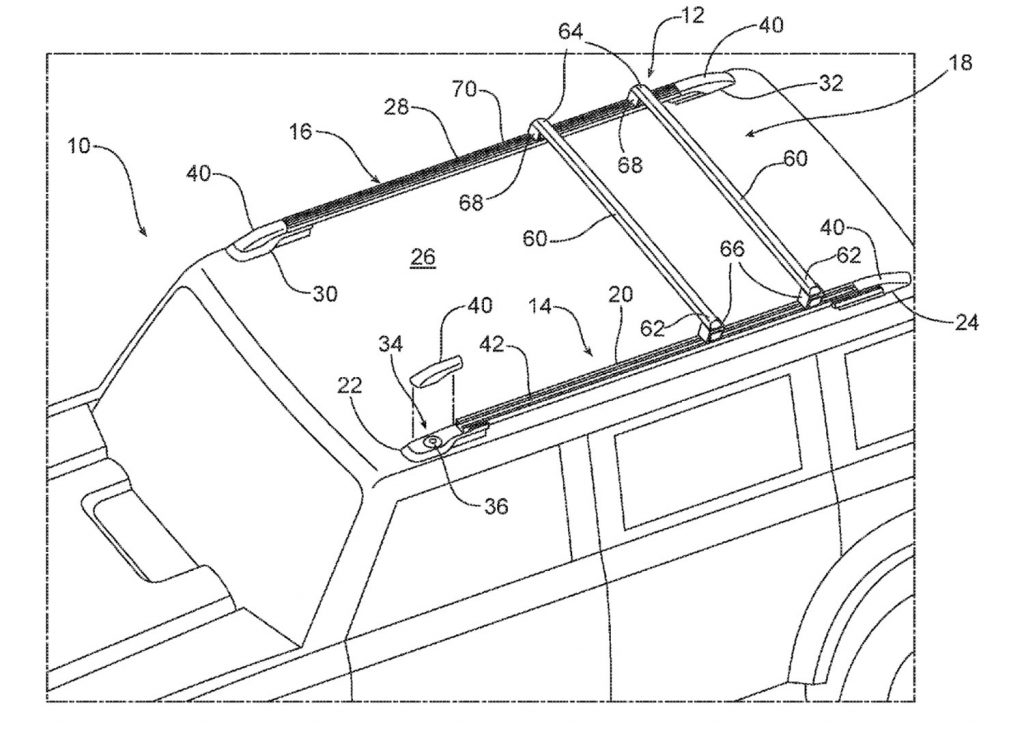 The Ford Bronco will have a removable roof if rumors are accurate and we have seen a Ford patent app recently that shows a modular, removable roof system. A roof rack is something that many SUV owners want and need, and the Bronco can certainly make use of one. The catch is if you have a roof rack, it can be hard to remove those roof panels. The answer is a removable roof rack and crossbar system, as seen in this patent app. The roof rack assembly slides together and appears to use the rod and ball fastening system seen in the other patents and hidden under the rail end caps. We wonder if the Bronco can have the modular roof system along with the removable roof rack. The system could work like the modular grille patent we’ve seen where the components can be stacked. 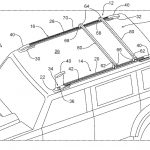 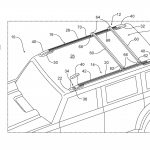 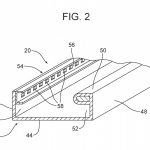 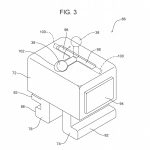 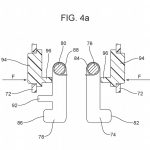 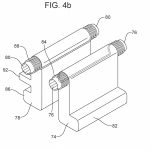 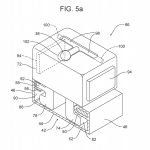 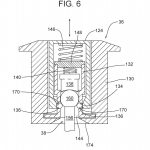