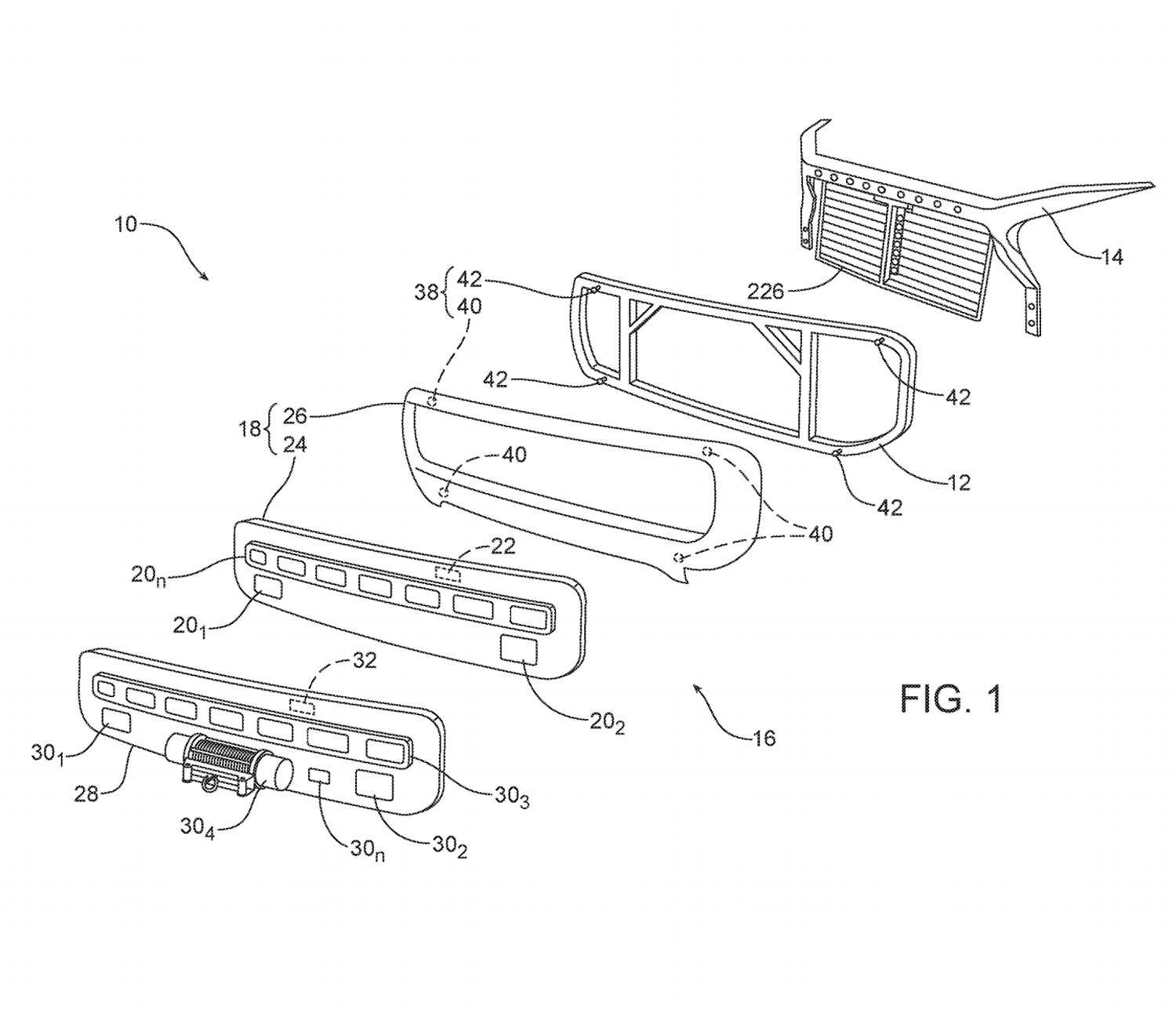 We know that the Ford Bronco is coming, the ride is expected to land as a 2021 model. A bunch of patent apps have been turning up that shows all the tech and thought that Ford and its engineers are putting into the off-road vehicle. The ride has nine patent applications that appear to be for its doors alone. One of the line art images with the Ford patent shows what is clearly a winch making us feel like this is another cool tech innovation that the 2021 Ford Bronco will bring. A “plurality” of electronic devices would presumably mean the winch, lighting, and we hope an air compressor. One of the first thing off-roaders do when they get to the trial is air down and not having to mess with a battery-powered compressor would be welcome indeed. An onboard air compressor can also be used to fix your ride if something breaks in the wilds. One interesting aspect is that the grille system could provide power through the ball and socket connectors to each successive layer of the modular grille. That would mean no running wiring each something is added to the grille.