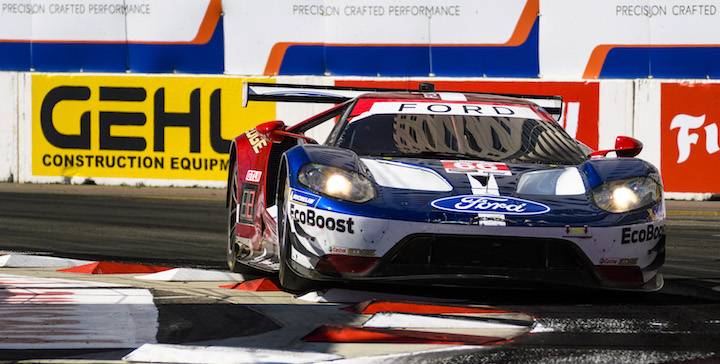 Ford announced earlier this year that it had decided to end its factory-backed racing program after the 2019 season. Ford did leave the door open for teams to run the Ford GT, but not with factory backing. One of the teams that has successfully ran the Ford GT racing cars is Chip Ganassi Racing.

Recently the team said that it hasn’t given up on the possibility of running the Ford GT in the IMSA WeatherTech SportsCar Championship next year. Ganassi is exploring the possibility of a privateer racing effort. The team has spoken to other GT Le Mans manufacturers, but managing director Mike Hull has said that the most likely chance to remain in the class next year comes with racing its existing Ford cars. The main difference would be that the racing team would have the backing of private investors who would purchase the cars. These would be no gentlemen racers though; the understanding is that professional drivers would be behind the wheel. Ford wants the Ford GT racing car to remain in the series with privateer teams.

Hull says that there are “a couple groups” that have expressed interest, but nothing has happened at this point. On a scale of 1-10 for how likely it is the team will race the Ford GT cars next season, Hull says that it is a 4 or 5 right now noting that time isn’t on the team’s side. Hull did note that Ganassi would be in line to pick up Ford’s DPi 2022 program down the road. Ford is one of the manufacturers working on defining the rules for DPi 2022. The team could race a different brand for 2021 as a stop-gap until the 2022 season. Speculation suggests Acura might be one possibility and Mazda could be another. Ganassi racing’s Ford GT won at Laguna Seca recently.