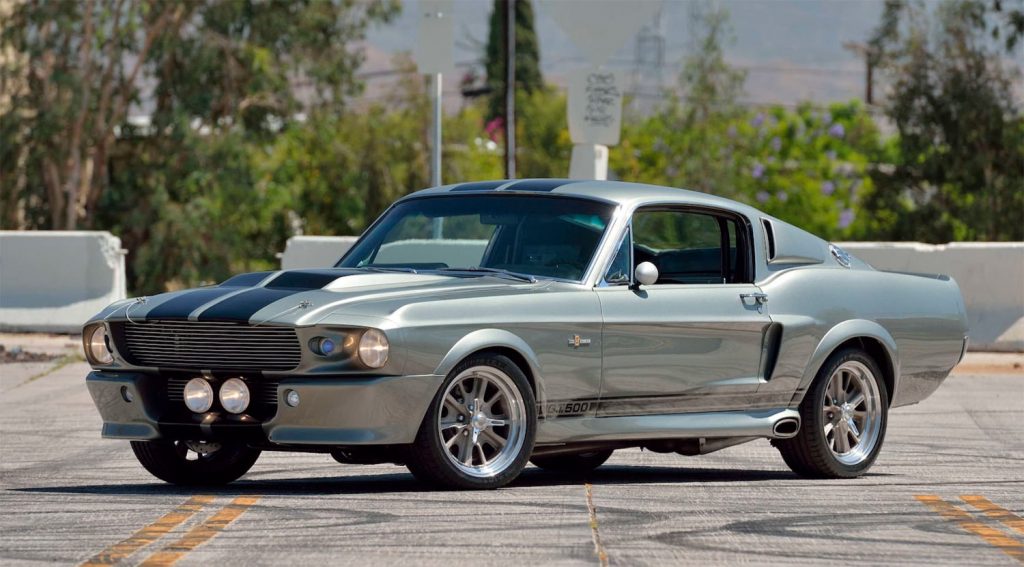 The car in the images here is heading to auction and is one of those 11 cars made for the movie. The 1967 Eleanor Mustang was recently restored by the company who built it for the movie with a complete rotisserie restoration. Since it was rebuilt, it has only driven 90 miles. The heart of the sexy ride is a blueprinted HiPo 351 cubic-inch V8 engine with an MSD ignition system. The engine has aluminum heads and a roller camshaft. The intake is an Edelbrock Performer, and the engine is mated up to a Tremec TKO 5-speed manual with a hydraulic clutch.

The rear is a 3.70 posi-track, and the car has Wilwood disc brakes all around and power steering. The suspension is from Total Control Products, and the car is painted in the Pepper Gray Metallic with black stripes seen in the film. The iconic “Go Baby Go” button is there and sets off a NOS 155 horsepower shot when pressed. The car is perfect and looks exactly as it was made for the film. The 1967 Eleanor Mustang is one of the most iconic Mustangs ever built. The vehicle will be auctioned off as a main attraction at the Mecum Auctions Kissimmee auction in early January 2020.

Subscribe to Ford Authority for more Mustang news and around-the-clock Ford news coverage. One of these cars lives in the UK.