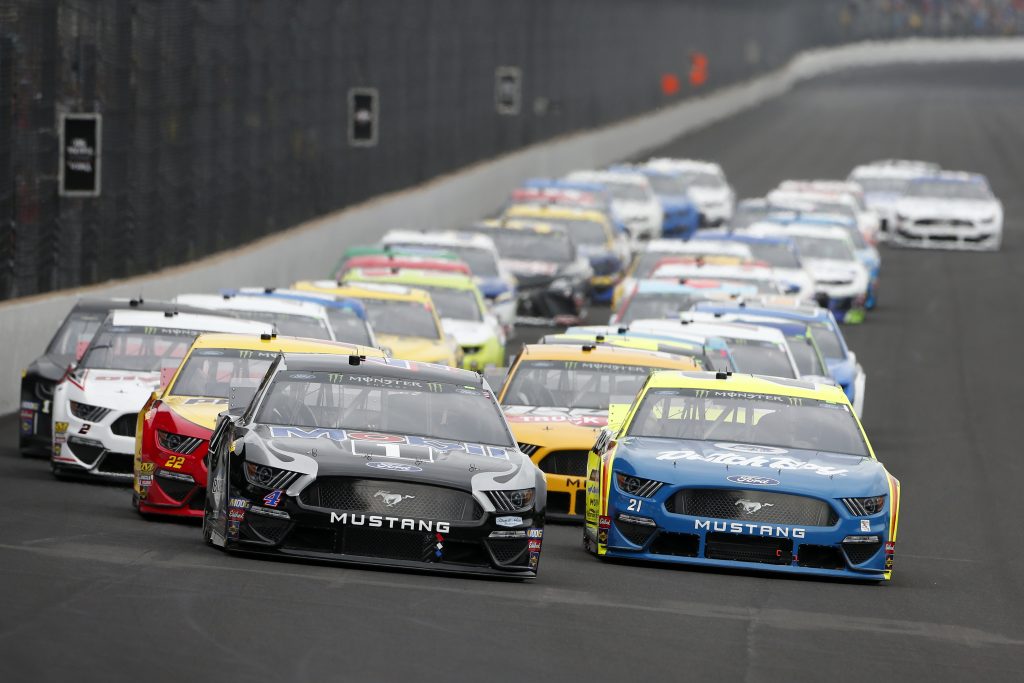 Harvick started from pole and led the vast majority of the race, with Ryan Blaney briefly leading for a period following a Lap 112 restart. Blaney’s Team Penske Ford Mustang didn’t have pace to keep up with Harvick’s Stewart-Haas Racing prepared entry, however, and eventually faded to finish seventh. But Harvick’s dominant victory wasn’t what was on most fan’s minds after the race. Seven-time Cup Series champion Jimmie Johnson was involved in a Lap 105 wreck, putting an end to his post-season hopes. That wreck was one of several that occurred throughout the race, with Landon Cassill hitting the hall hard on Lap 48 and Kyle Larson also crashing on his own on Lap 129. The scariest crash was that of Erik Jones and Brad Keselowski on Lap 49, though. The two went spinning out of control after Jones tried to send it on the inside of Keselowski, sending the No. 2 Mustang jetting across the track and into a tire barrier on the inside of the backstretch. Keselowski was forced to hobble out of the car as it was partially flipped on its side, although he was unhurt in the accident. Jones car, meanwhile, reversed hard into the outside wall and pancaked the rear end entirely.

Check out the full highlight reel from the 2019 NASCAR Brickyard 400 embedded below.