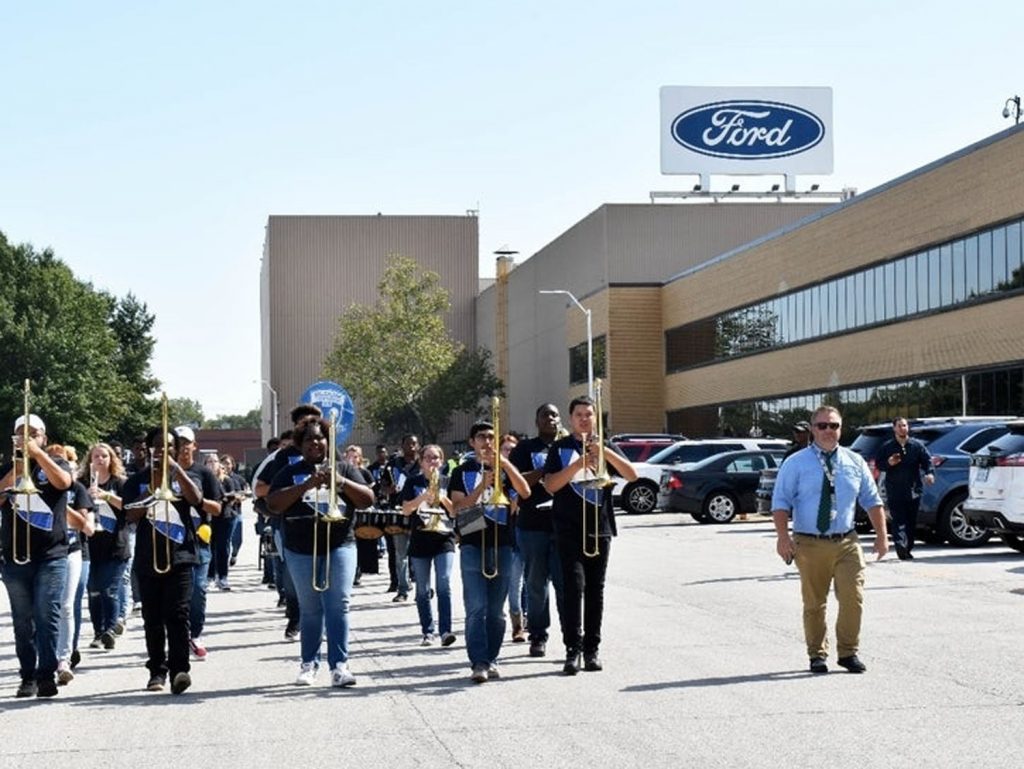 The band director told Willis that the school didn’t have a mariachi band, but offered to bring part of the marching band instead. Willis says that the event was the third time that Ford had celebrated Hispanic Heritage Month by bringing food trucks to the plant, but the first time that it has brought a marching band as well. Ford’s Lisa Bradshaw, who is in labor relations and on the diversity committee at the plant, says the Hispanic Heritage Month celebration included taco trucks and a Puerto Rican food truck. Willis is credited with bringing the band to play during the event. Members of the band played Tejano music while the Ford employees were getting tacos and fried potato balls. Willis noted that he was happy to see the diversity in the band.

The band doesn’t usually play Tejano music, and the students were able to learn the music in a week. One student called Nayali Licea says she was happy to play music from her culture. Her favorite track was the Cumbia Medley, from the movie Selena. After the band played, they were allowed to eat tacos from the food trucks. The band will be traveling to Disney in May 2020 to perform, and each member is currently raising funds to attend. Ford recently donated money and a Transit van to the Detroit Youth Choir.