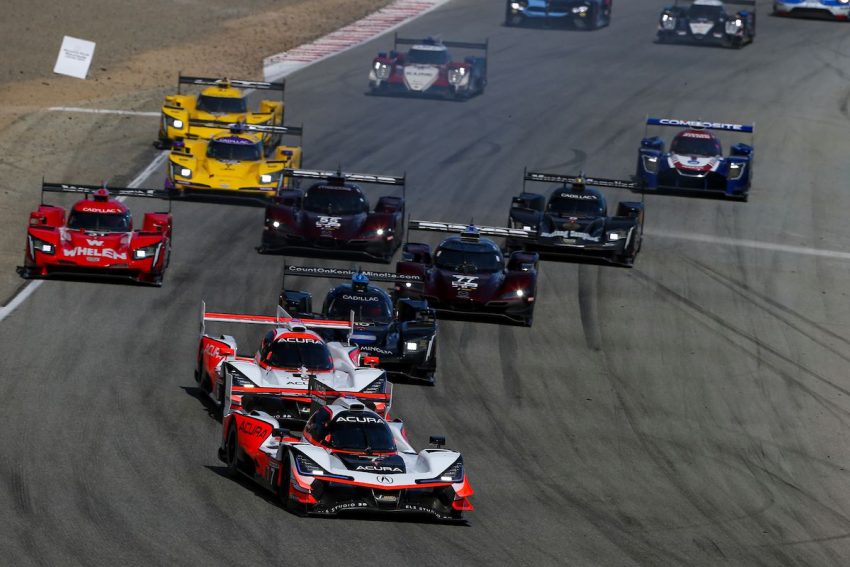 The No. 66 Ford GT of Dirk Mueller and Joey Hand took its first victory in over a year Sunday after winning the Monterey SportsCar Championship Powered by McLaren, beating the No. 24 BMW M8 across the finish line by 20.039 seconds.

With Ford set to pull the plug on its factory race program at the conclusion of this season, the Monterey victory could very well be the last-ever win for the GTE-spec Ford GT. Mueller started the car after qualifying second and stayed on the bumper of the No. 24 BMW for the majority of the first stint. BMW driver Jesse Krohn then got a poor drive off the Andretti Hairpin and allowed Muller past. The Ford then controlled the race from the front, executing a pair of near-perfect pitstops before Hand brought the car to the finish line.

“I’m not going to lie, that feels really great,” Mueller said post-race. “It’s a sweet victory but it wasn’t an easy one.” The 2019 IMSA season will conclude with the 22nd running of the Motul Petit Le Mans on October 12. You can view highlights from Monterey in the video embedded below.