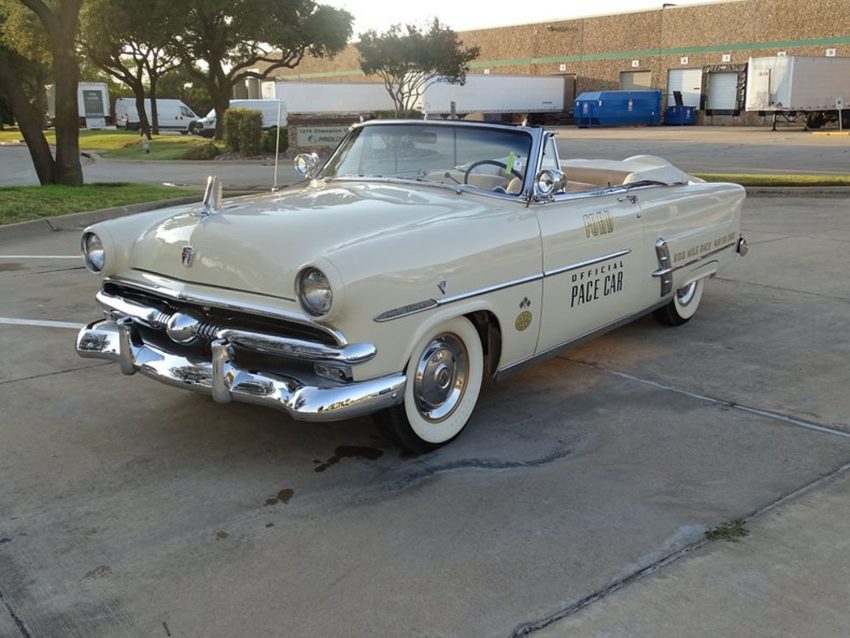 All 1953 Ford Crestline Sunliner Indy 500 Pace Car models were in the same colors of white sungate ivory paint color and gold and white leatherette interior with a white Orlon convertible top. The special paint and interior codes were specific only to the Crestline Sunliner Indy 500 Pace Car models. These cars had “SS” for both color and trim codes. The pace cars also received crossed checkered flag emblems on the front fenders, black lettering on the sides, and a “Coranondo” Continental Trunk Kit. Under the hood of the pace cars is a Ford 239 cubic-inch V8 engine that made 110 horsepower. The engine was paired up with a Ford-O-Matic 3-speed automatic transmission.

The 1953 Ford Crestline Sunliner Indy 500 Pace Car has a live axle and four-wheel drum brakes. Ford reportedly made 2001 of these cars. In its day, these pace cars were popular, and reports indicate that many dealers created fake ones to sell. The seller of this car does not note milage. We do know it has been judged to near perfection in Concours judging and is very original and in excellent condition. We have no idea what the final price will be for the car; it will head to auction with GAA Classic Cars in November. Check out this 1955 Ford Sunliner Convertible. 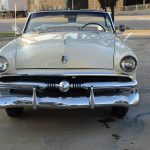 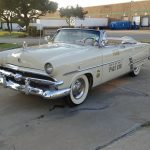 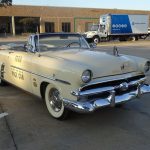 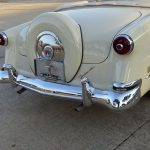 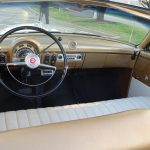 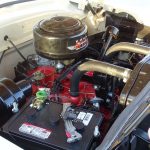 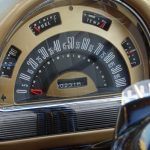