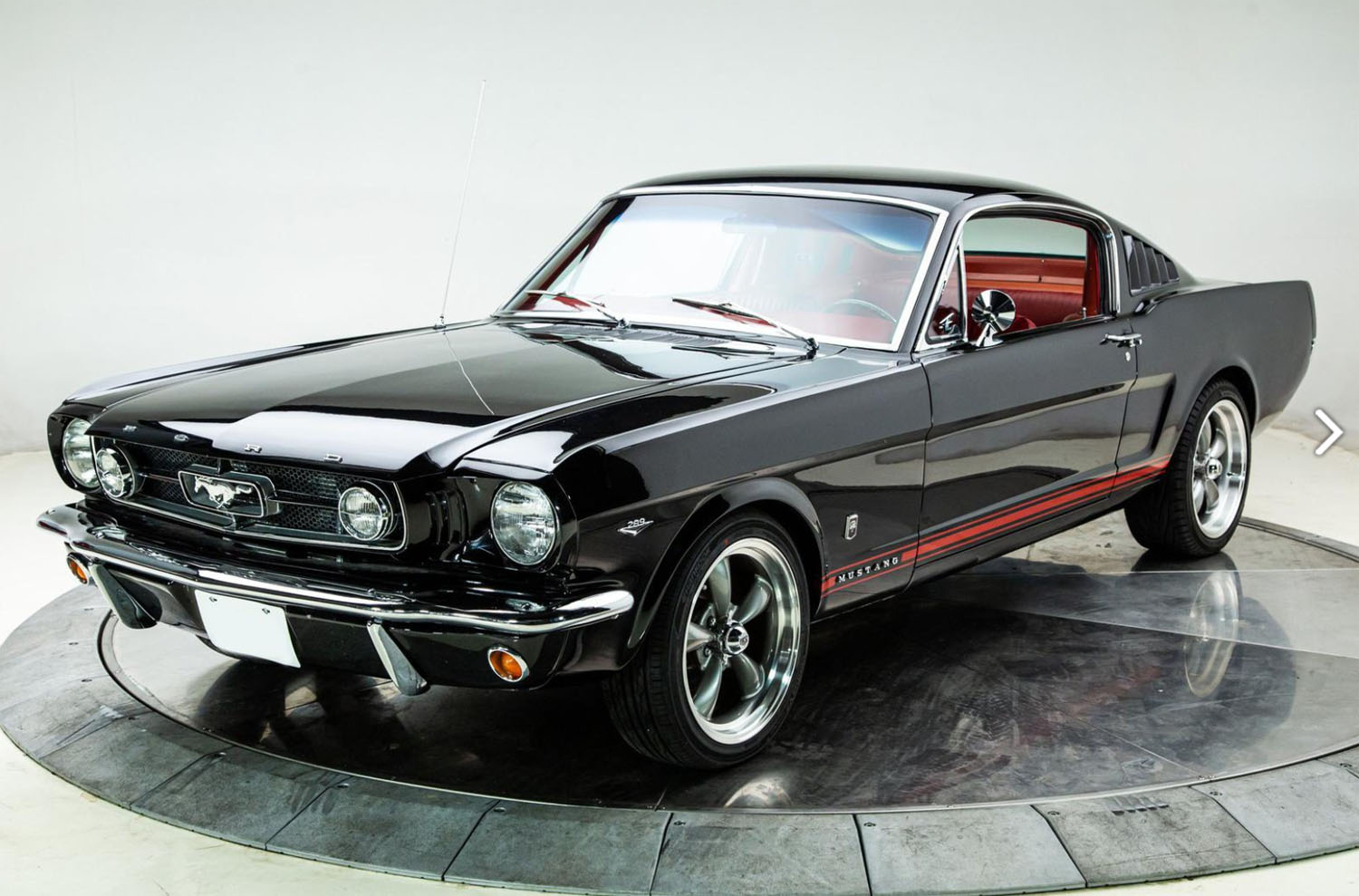 We’ve seen plenty of classic Mustangs that were restored with nice modern touches added in making it a restomod. Many of those tend to get over the top with too many bits that take the classic style of the Mustang in a direction the purists dislike. This 1965 Ford Mustang GT doesn’t do that at all.

The Mustang looks almost completely stock on the outside with the only hints that it’s not stock coming from the wheels and the big brake discs peeking through. The modern disc brakes will certainly help the 1965 Ford Mustang GT stop better than factory brakes from 1965 were ever capable of. Under the hood lives a 289 cubic-inch Ford V8 with a four-barrel carb making about 220 horsepower. The transmission is a modern 5-speed manual. The car is listed as having power steering, and it has a wood-rimmed steering wheel. The car does have Rally Pack gauges on the column and performance headers with dual exhaust.

The front brakes are power-assisted, and the AC unit is described as “newer,” and the interior is deluxe red pony seats and a padded dash with color-keyed front seat belts. The engine bay has been detailed, and the exterior is freshly buffed and waxed. The Mustang has 96,579 miles on the odometer, but it’s unclear if those are original miles. The car sounds like a very capable driver with the disk brakes and AC. An aftermarket stereo with subs and an amplifier in the trunk will give driving tunes. The trunk looks clean, and we wonder if the trunk mat is original to the car. The Mustang is up for auction at Allcollectorcars, and the current bid is up to $12,000 with over five days to go. Check out this highly modified 1965 Ford Mustang fastback. 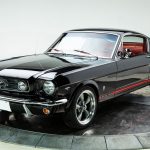 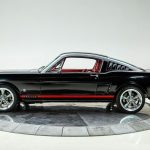 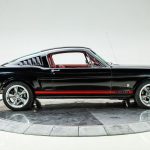 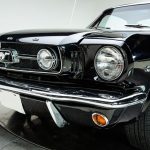 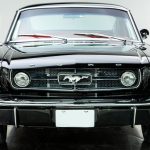 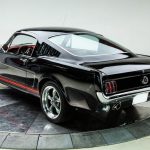 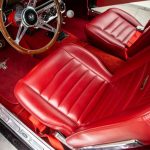 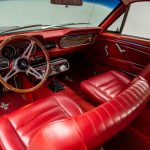 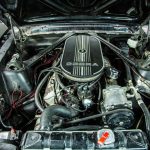 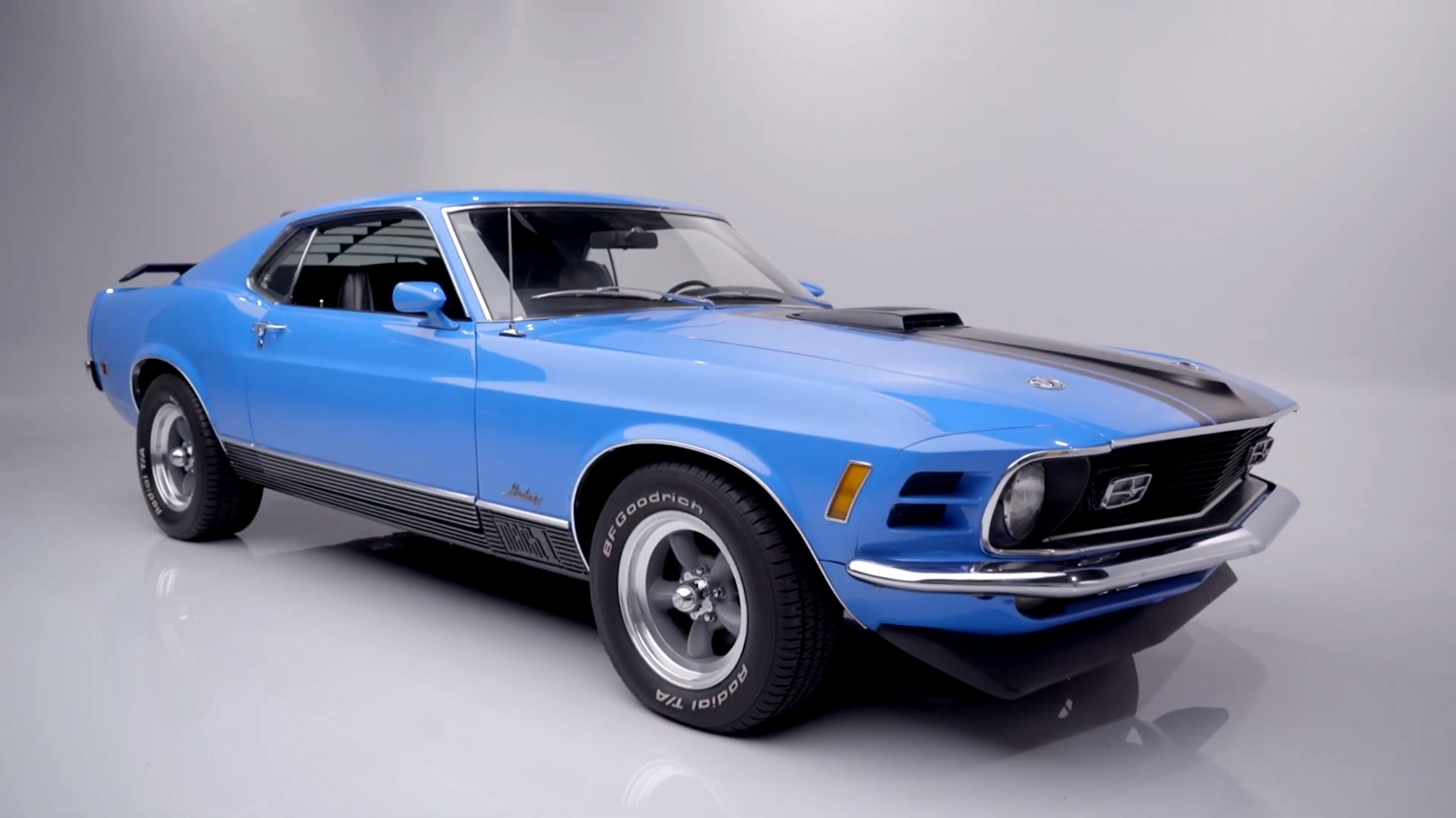 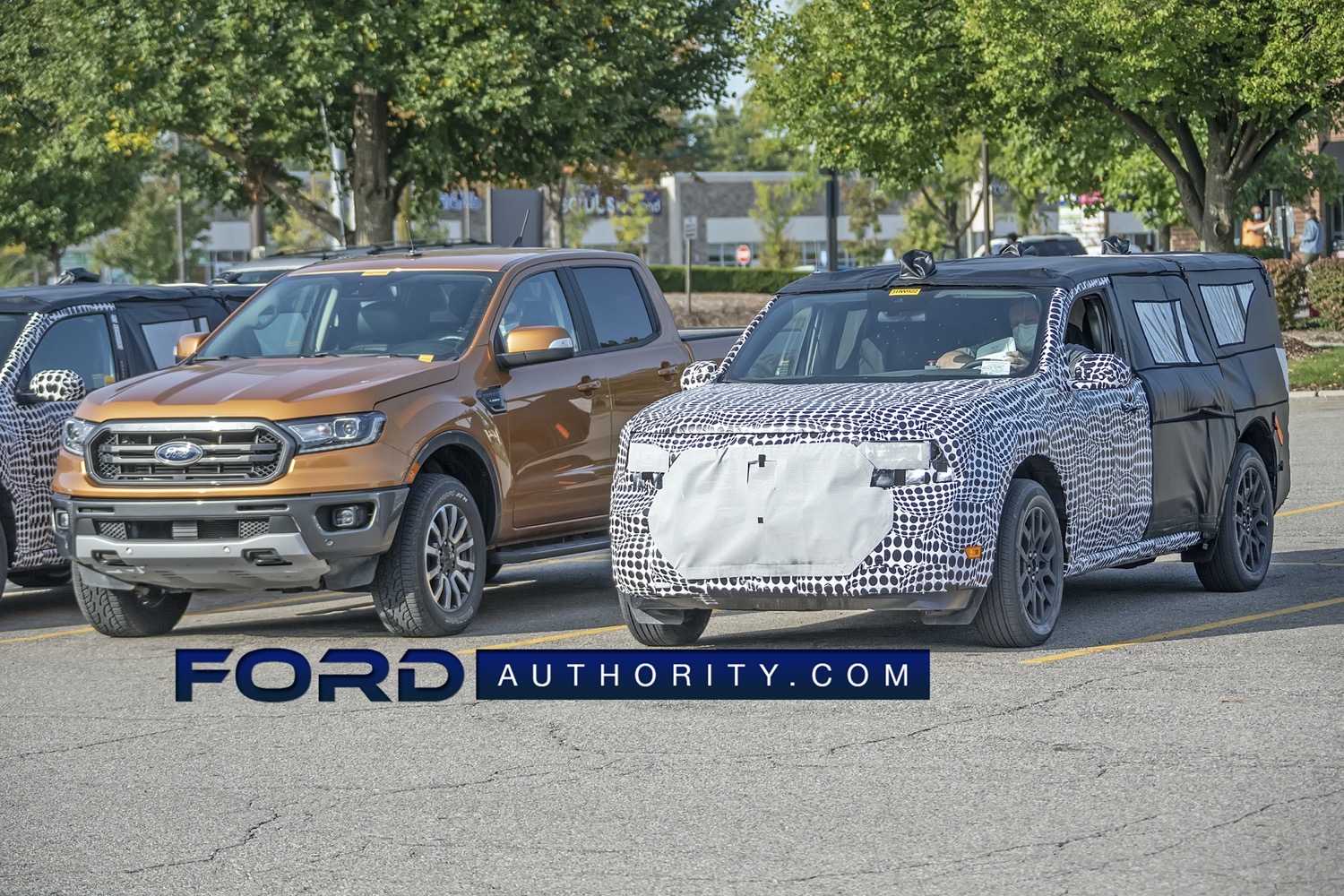 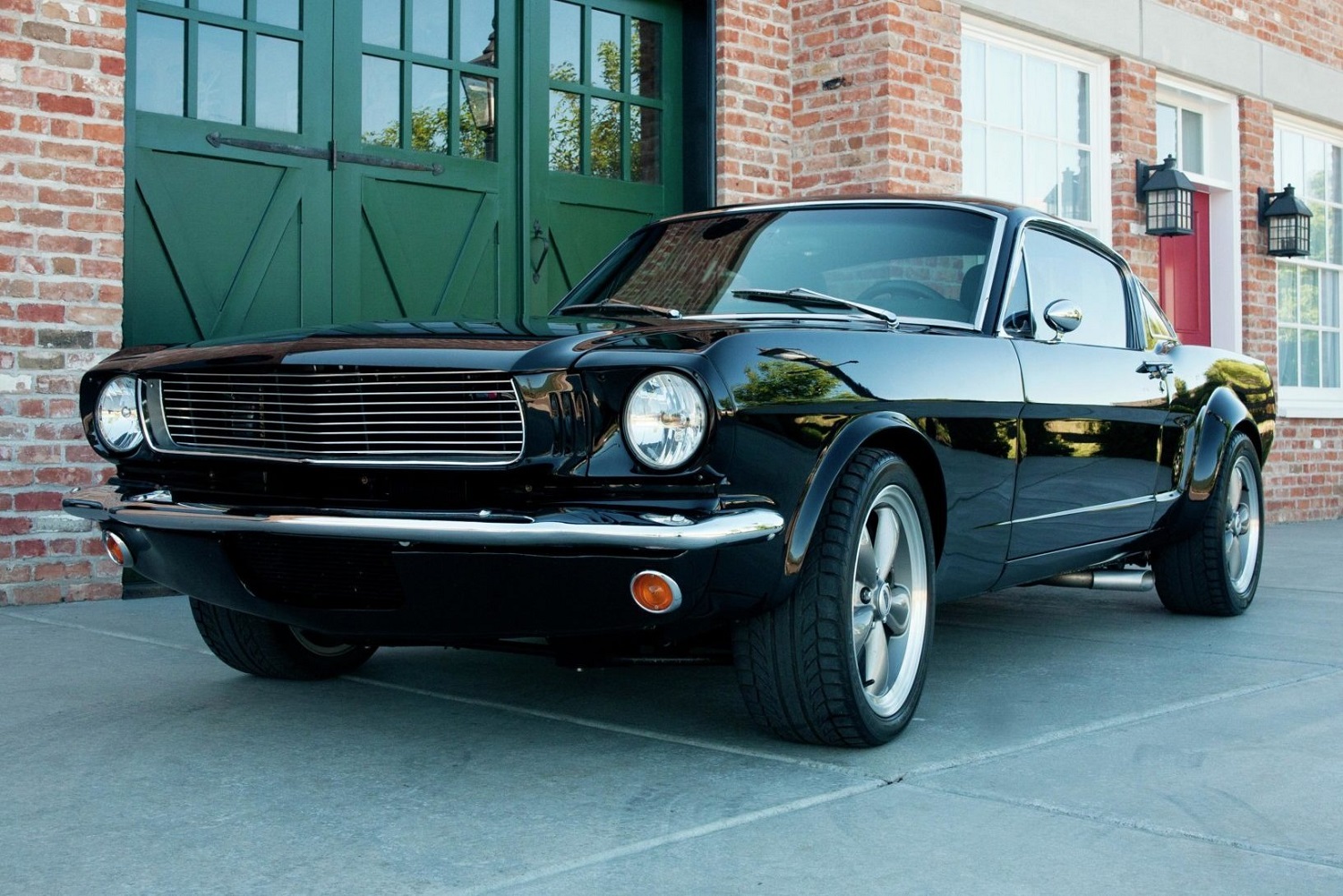